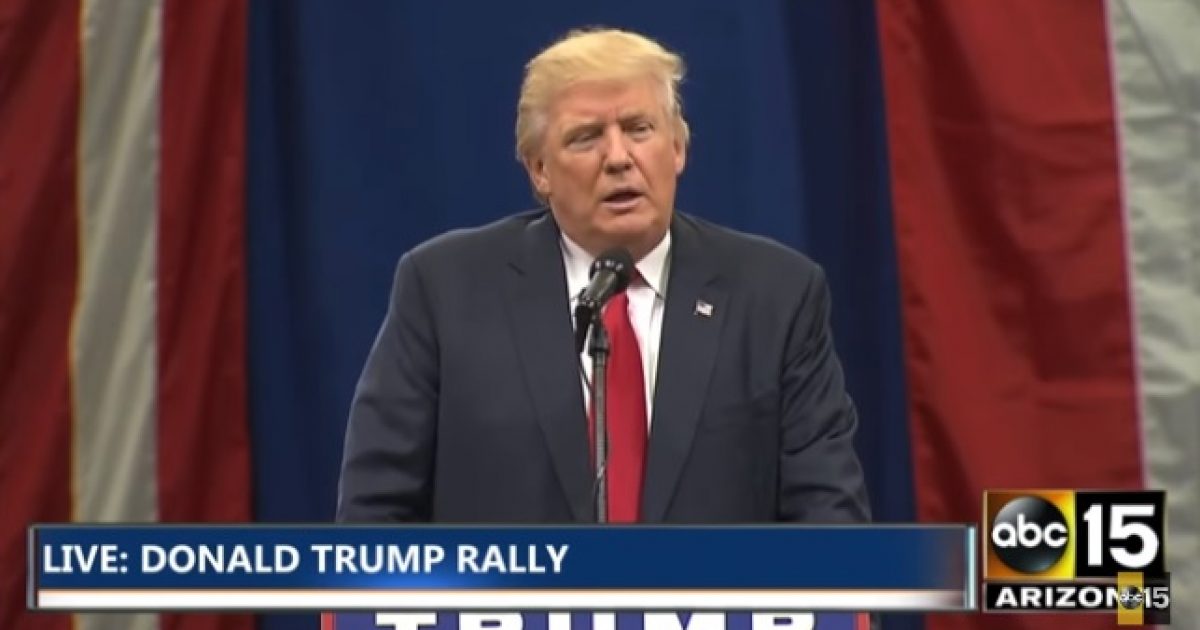 In light of the DNC email scandal, which revealed that the Democratic primary election was rigged to give Hillary Clinton an advantage over Bernie Sanders, some are worried that the general election could also be manipulated.

Leading the charge on this accusation is GOP nominee Donald Trump.

Republican presidential nominee Donald Trump said Monday he fears the November election will be “rigged.” “I’m afraid the election’s gonna be rigged, I have to be honest,” Trump said during a town hall gathering in Columbus, Ohio. Trump prefaced his comment by saying the Democratic primaries were “rigged” to favor Hillary Clinton over Bernie Sanders and then added, “I think my side was rigged.”

… At the end of his interview with Sean Hannity Monday night, Trump further discussed his concern that the November presidential election will be “rigged.”

“And I’m telling you, November 8th, we better be careful, because that election’s gonna be rigged,” Trump told the Fox News host. “And I hope the Republicans are watching closely, or it’s going to be taken away from us.”

Do you think there’s a chance the 2016 election could be rigged? Let us know in the comments!