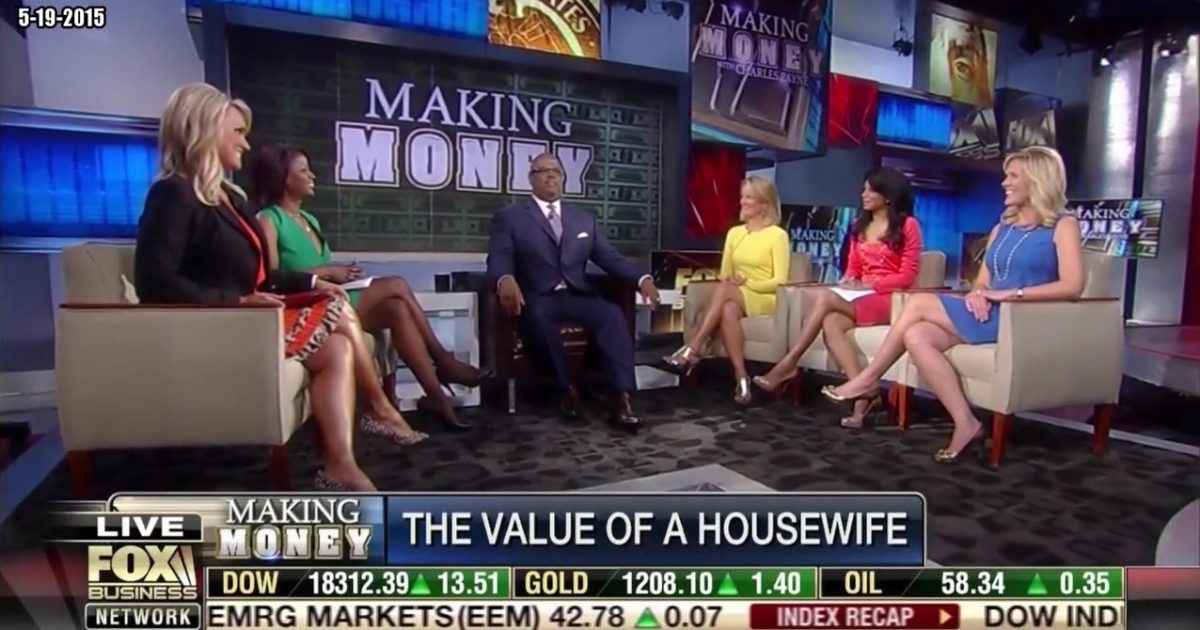 The economics of marriage and homemakers are in the news.

The British government is going to estimate the value of unpaid home chores – cooking, cleaning, laundry, childcare – and the total will be reported as “unpaid gross domestic product” at the same time as the country’s traditional measurement of the economy.

Meanwhile, some wives that reside in the wealthy part of Manhattan are actually given bonuses by their husbands for taking care of home activities.

The topics of rewarding homemakers and the economic consequences of the fall in divorce rates were discussed by a women’s panel including Deneen Borelli and host Charles Payne on the Fox Business Network’s Making Money with Charles Payne.