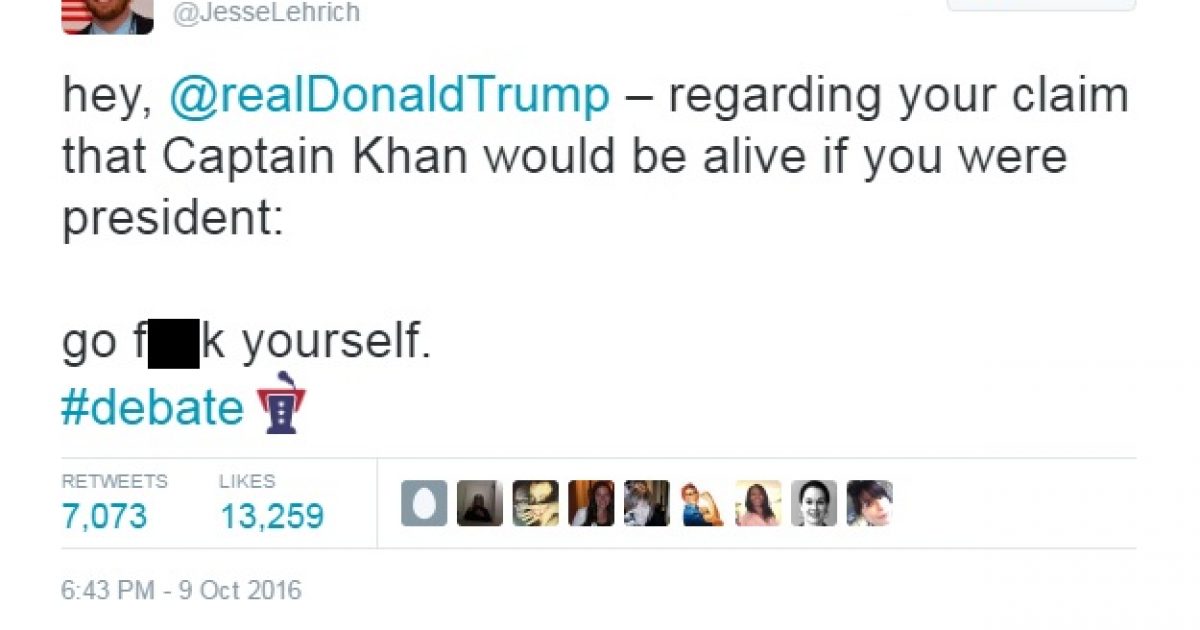 One of Hillary Clinton’s foreign policy advisors had a complete Twitter meltdown during the second presidential debate, after the GOP nominee claimed that high profile U.S. Army Captain Khan (who died in Iraq in 2004) would be alive under a Trump presidency. Lehrich later responded under the original tweet with an apology.

The tweet came as Clinton and Trump were debating the war in Iraq. Trump claimed he would not have sent U.S. troops into Iraq in 2003 and attacked Clinton for her vote in favor of the war, saying Army Capt. Humayun Khan would still be alive if that decision had not been made.

I want to apologize for the clearly inappropriate nature and language of this personal tweet. Sorry all.

This is the kind of vitriolic and disrespectful behavior you can expect from a Hillary Clinton presidential administration.

Take a long look, Democrats and independents. This is the company culture you’re endorsing with a Clinton/Kaine vote.