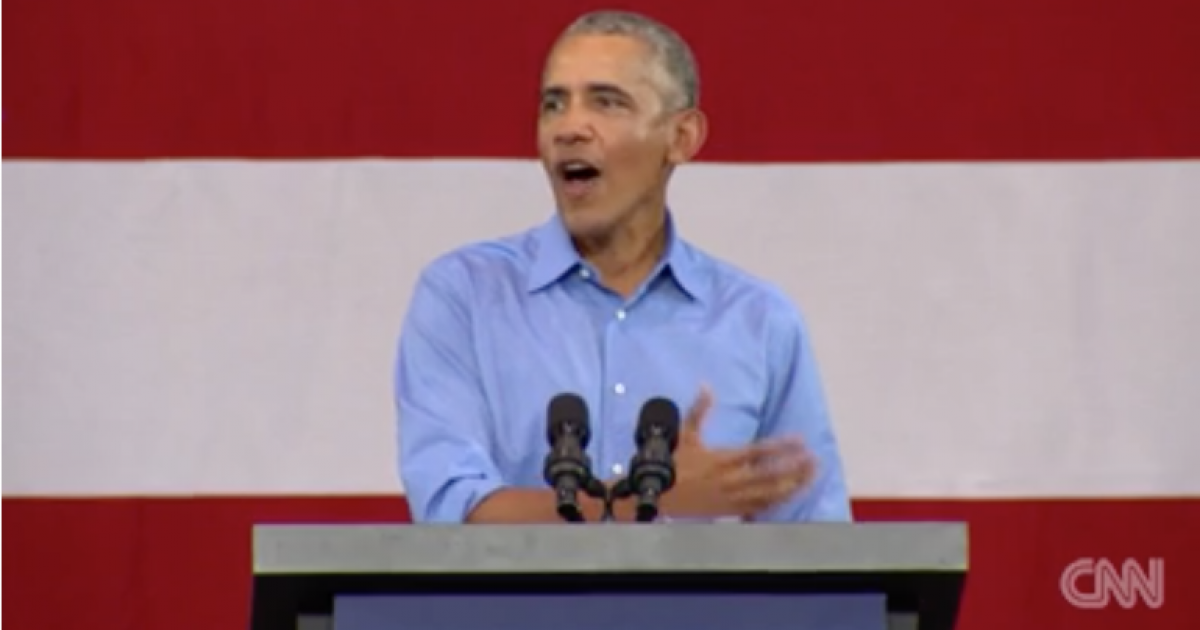 During a campaign speech in Michigan, former President Obama made a comment about civility in politics that appeared to be aimed at President Trump.

Former President Barack Obama made a thinly veiled jab at President Donald Trump on Friday evening, saying it was wrong to use a position of power for attacking others as “enemies of the people and then suddenly pretending that you’re concerned about civility.”

“I would like to think that everybody in America would think it’s wrong to spend all your time from a position of power vilifying people, questioning their patriotism, calling them enemies of the people and then suddenly pretending that you’re concerned about civility,” he told a cheering crowd.

At an event in Milwaukee the previous day, Obama criticized Republicans for lying about health insurance specifically regarding Americans with pre-existing conditions.

Obama’s visits were to urge people to vote for Michigan and Wisconsin’s Democratic candidates. While Trump was frequently the target of his criticism, he did not spare Republicans generally and said they are lying when they say they want to protect people with pre-existing conditions while trying to repeal the Affordable Care Act.

What we have not seen before in our public life is politicians just blatantly, repeatedly, baldly, shamelessly, lying. Just making stuff up,” Obama said. “Calling up, down. Calling black, white. That’s what your governor is doing with these ads, just making stuff up,” he said, referring to Wisconsin Republican Gov. Scott Walker and his assertions that he wants to protect health care for those with pre-existing conditions. Walker is being challenged by Democrat Tony Evers.

Obama’s comment about lying is extremely hypocritical especially in regards to health insurance. While selling ObamaCare, Obama said Americans could keep their doctor and health insurance plans and their costs would go down.

The Daily Caller reports on Obama’s claims about ObamaCare.

When campaigning for the Affordable Care Act, Obama claimed, “If you like your health-care plan, you can keep it.”

After his bill passed, cancellation notices hit at least two million Americans’ mailboxes because of a short cutoff to bring existing plans in compliance with the new law, The Washington Post reported.

In fact, Obama was given the Lie of the Year award from PolitiFact for his ObamaCare lie.

Boiling down the complicated health care law to a soundbite proved treacherous, even for its promoter-in-chief. Obama and his team made matters worse, suggesting they had been misunderstood all along. The stunning political uproar led to this: a rare presidential apology.

For all of these reasons, PolitiFact has named “If you like your health care plan, you can keep it,” the Lie of the Year for 2013. Readers in a separate online poll overwhelmingly agreed with the choice.

Obama also touted in a speech, “Nobody in my administration got indicted.”

'Nobody in my administration got indicted' — President of shade, Barack Obama pic.twitter.com/JWB9CftoGj