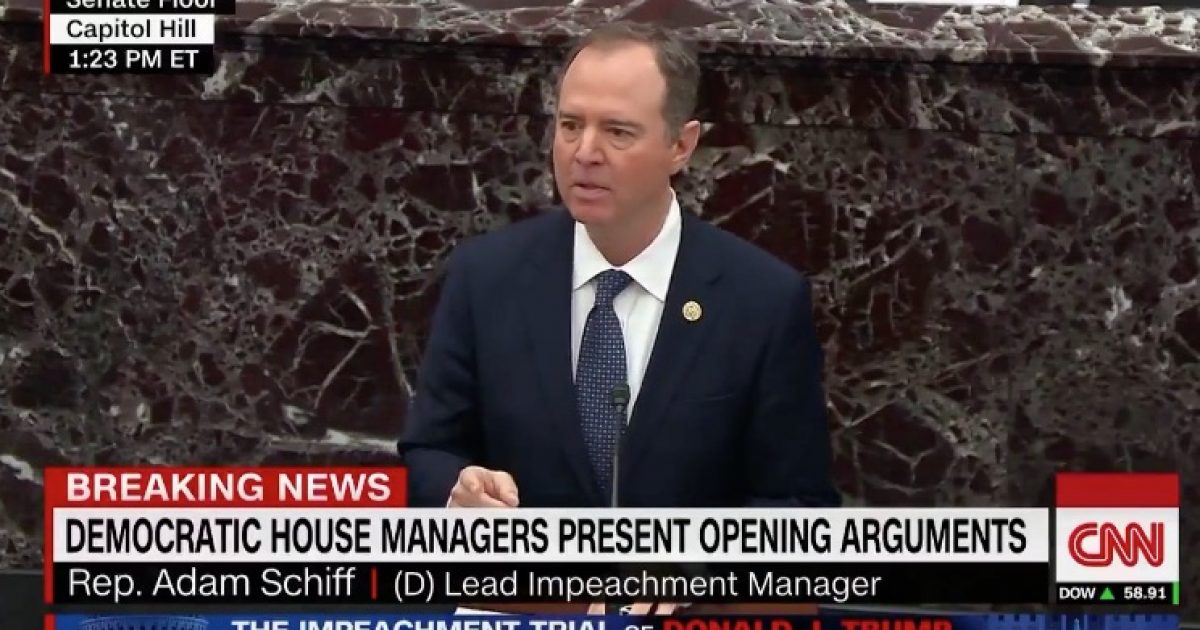 Schiff is worried if President Trump remains in office he will somehow cheat to get reelected.

On the Senate floor, “For precisely this reason, the president’s misconduct cannot be decided at the ballot box, for we cannot be assured that the vote will be fairly won,” said Schiff.

While cloaked in misconduct claims, Schiff is worried President Trump’s reelection is likely and it must be stopped at all costs.

White House Counsel Pat Cipollone zeroed in on Schiff’s motives and told the Senate yesterday about the Democrat’s motives, saying, “They want to remove President Trump from the ballot and steal two elections.”

Pat Cipollone: "Talk about the framer's worst nightmare; it's a partisan impeachment that they've delivered to your doorstep in an election year.”

“They want to remove President Trump from the ballot.”

Democrats hate the idea that voters get to pick the president exposing their distrust of the American people.