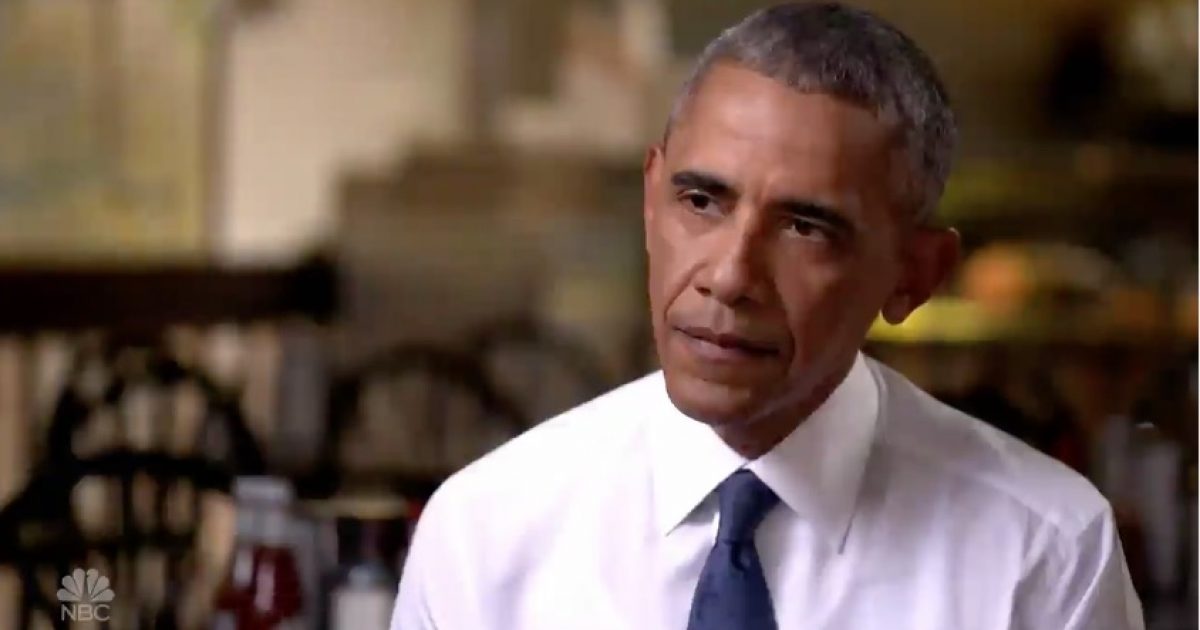 President Obama is not leaving office on a high note.

As the reality of his failed presidency sets in, Obama is blaming others for his lack of accomplishments.

During an interview on “Dateline NBC” with Lester Holt, Obama said Rush Limbaugh and Fox News created a politically hostile atmosphere that prevented Republicans from working with him on policy matters.

As he has had in the past, Obama put some of the blame on conservative talker Rush Limbaugh and some host at the Fox News Channel, which he said made it difficult for Republicans to go along with some of his policy proposals.

“Well what is true is the ability of Republican leaders to rile up their base, helped along by folks like Rush Limbaugh, some commentators on Fox News I think created an environment in which Republican voters would punish Republicans for cooperating with me — that hothouse of back-and-forth argument and really sharp partisanship I think has been harmful to the country.”

Earlier in the week, Obama whined about losing the public relations battle to Republicans.

The truth is Obama’s failure as president are a direct result of his left-wing agenda and the lies he told to push them.

For example, he decided to ram ObamaCare down the throats of Americans without negotiating elements of the law with Republicans. That was his choice.

Fox News or Limbaugh didn’t tell him to push ObamaCare in that manner.

No, Obama you built that.