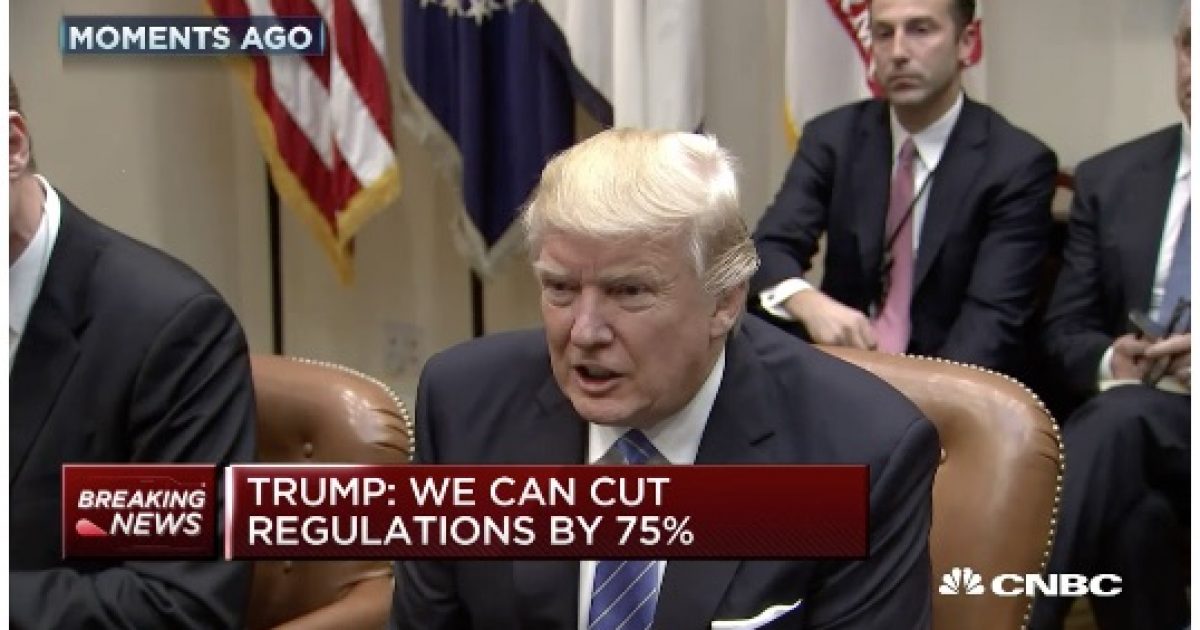 On the first Monday at work, President Donald Trump said he wants to cut regulations by at least 75 percent.

Trump set his goal to cut regulations while meeting with CEOs from ten companies. Trump also added he wants to cut the business tax rate.

At the White House with 10 senior executives, he repeated his campaign pledges to roll back rules on companies, arguing that they have “gotten out of control.”

“We’re going to be cutting regulation massively,” but the rules will be “just as protective of the people,” he told reporters at the meeting that included Tesla Motors CEO Elon Musk and Under Armour CEO Kevin Plank.

In the wide-ranging statement, Trump reiterated campaign promises to cut taxes for businesses, saying he is trying to get the business rate “down to anywhere from 15 to 20 percent” from the current 35 percent. He also said he wants to reward companies that manufacture in the U.S. and impose border taxes on products that American companies make abroad.

In addition to meeting with business leaders, Trump put trade at the top of his early agenda.

The president said he is going to meet with the heads of Canada and Mexico to renegotiate the NAFTA trade agreement and Trump is expected to sign an executive order to remove the U.S. from the Trans-Pacific Partnership agreement.

Trump is hitting the ground running and not wasting any time to deliver on his campaign promises.