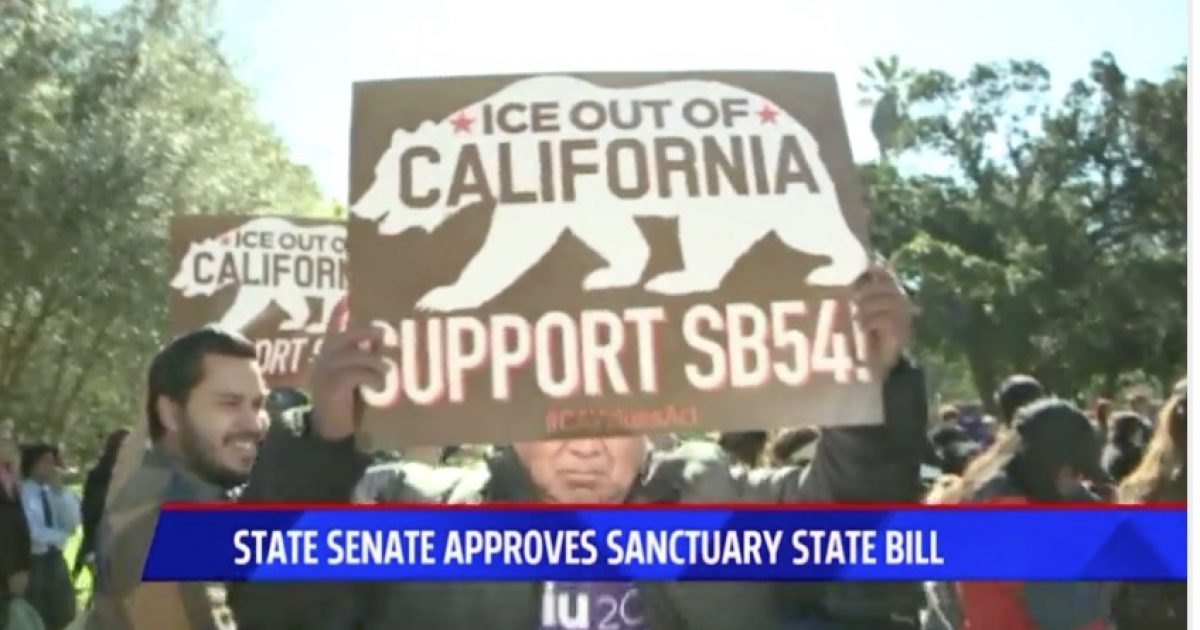 The bill will likely sail through the California Assembly and be signed by Democrat Governor Jerry Brown.

If passed, California will be a sanctuary state and a magnet for illegal aliens.