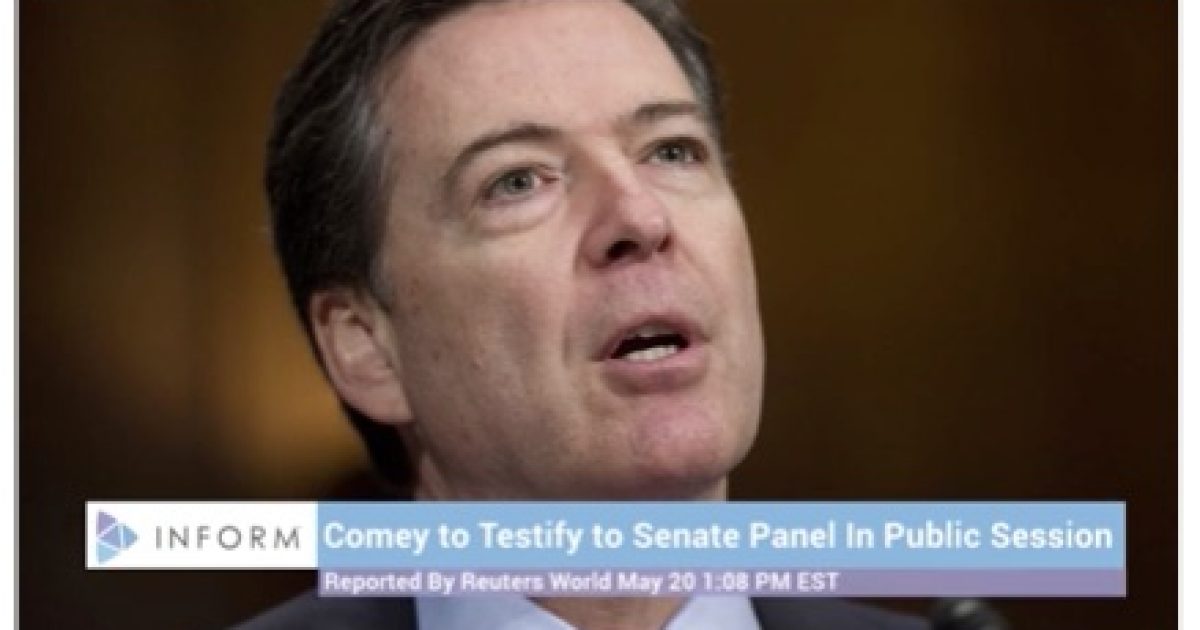 CNN is working hard to keep the public suspicions about President Trump’s decision to fire James Comey as the head of the FBI.

Since Comey is not openly talking with the media, CNN reached out to his father to comment about the dismissal of his son from the FBI.

The father of former FBI Director James Comey says his son was fired because President Donald Trump was “scared to death of him.”

In a phone interview with CNN on Saturday, J. Brien Comey called his son’s firing last week “a Trump deal.”

“[Comey] didn’t give him 100% loyalty, and he demands that of people who work with him,” the 86-year-old said. “[Comey] said he would give 100% honesty, but not loyalty.”
Comey said his son, whom he described as a “straightforward and honest guy,” was fired “because Jim tells the truth, (while) Trump runs around lying most of the day.”

To no surprise, J. Brien Comey is defending his son but the story says more about CNN’s effort to criticize Trump than the accuracy of the comments in the article.