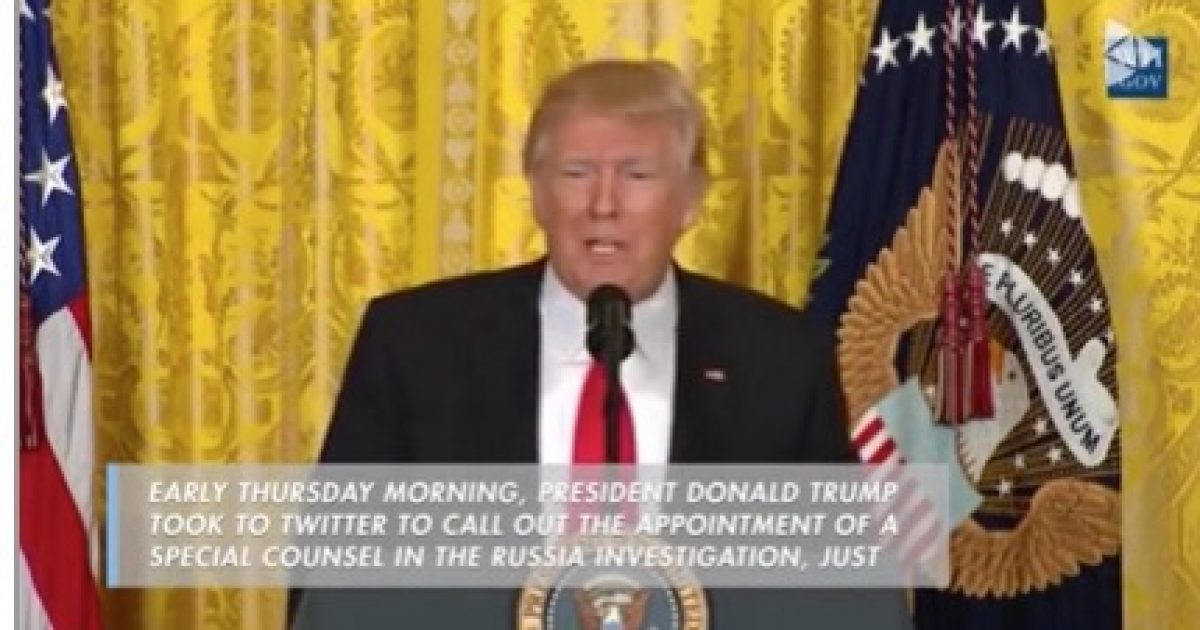 President Trump reacted to the decision by the Justice Department to appoint a special counsel to investigate possible collusion between his former campaign aides and Russia by calling it a witch hunt.

President Donald Trump lashed out at the appointment of a special counsel to investigate allegations that his campaign collaborated with Russia to sway the 2016 election, tweeting Thursday that it is “the single greatest witch hunt of a politician in American history!”

The Justice Department on Wednesday appointed former FBI Director Robert Mueller to lead the investigation. Mueller will have sweeping powers and the authority to prosecute any crimes he uncovers.

The surprise announcement to hand the probe over to Mueller, a lawman who garners deep bipartisan respect, was a striking shift for Trump’s Justice Department, which had resisted increasingly loud calls from Democrats for an outside prosecutor. It immediately escalated the legal stakes — and the potential political damage — for a president who has tried to dismiss the matter as partisan witch hunt and a “hoax.”

Despite the lack of evidence of any collusion with Russia, the wall to wall media coverage and left-wing outrage over the issue pressured the Justice Department to act.

Sadly, Democrats and their media allies are getting the upper hand.