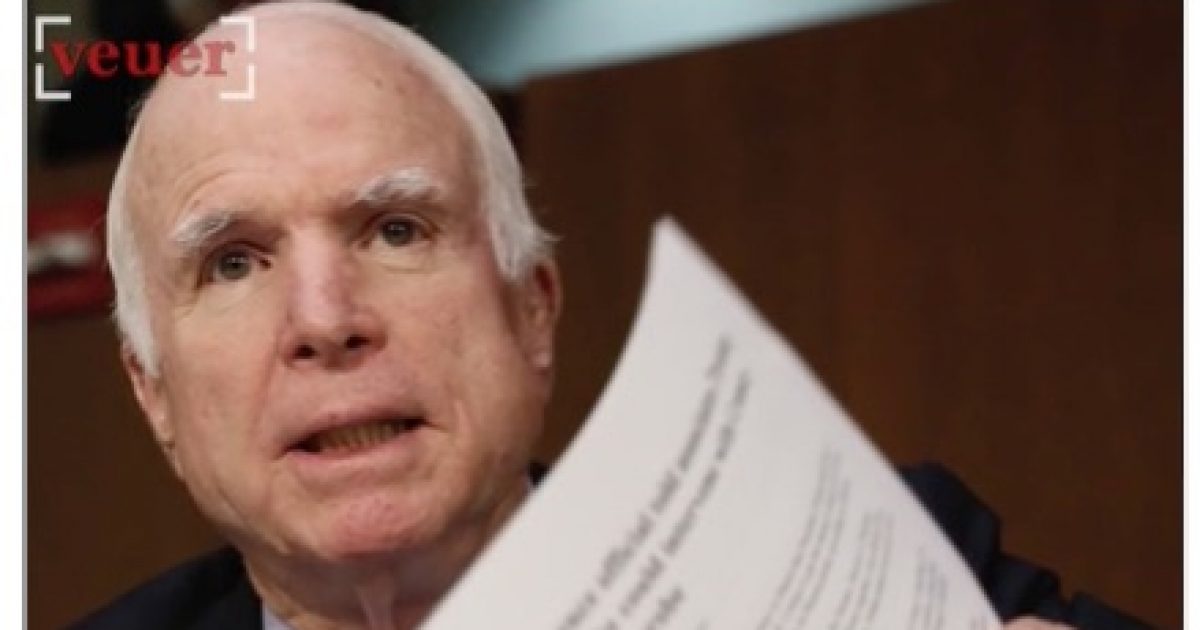 Senator John McCain (R-AZ) is working hard to position himself as the top Republican critic of President Trump.

McCain has bashed Trump overseas and has disagreed with Trump on domestic matters including the president’s assessment of former FBI Director James Comey.

McCain’s latest comment about supporting former President Obama over Trump is way over the top.

Sen. John McCain (R-Ariz.) is President Trump’s fiercest critic in the GOP and is giving voice to misgivings held by other Republicans more reticent about airing criticism in public.

McCain’s latest stunning public shot was to tell The Guardian that America’s standing in the world was stronger under former President Barack Obama, a man the Arizona senator has torched for a “feckless” foreign policy.

The statement came a month after McCain, his party’s 2008 presidential nominee, strongly criticized Secretary of State Rex Tillerson for downplaying the importance of basing foreign policy decisions on American values.

McCain, like many Democrats such as Representative Maxine Waters (D-CA), is getting significant media attention by bashing Trump.

McCain’s consistent criticism of Trump is making it more difficult for the president to achieve his agenda.