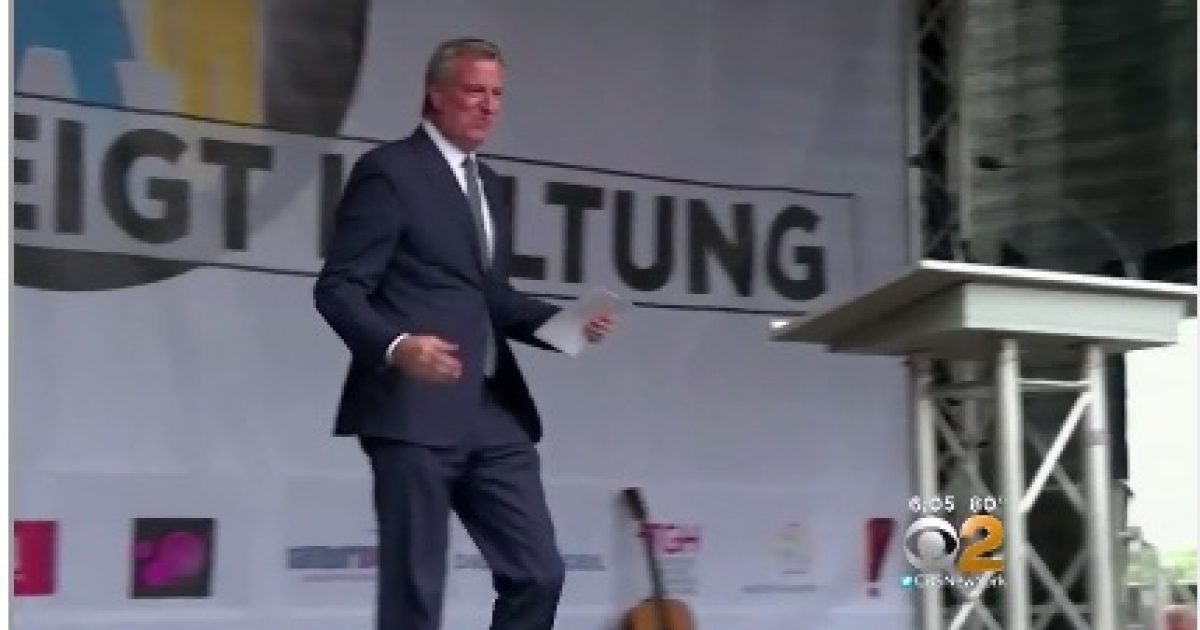 The police protest was over the mayor’s decision to travel to Germany to join protesters at the G20 Summit shortly after the assassination of Familia.

Hundreds of NYPD officers on Tuesday turned their backs on Mayor de Blasio — again — at the funeral of a cop.

The disgusted Finest were assembled outside the World Changers Church in The Bronx on Tuesday as part of the overflow crowd of mourners for assassinated Officer Miosotis Familia.

They showed the building their backs as speakers broadcast de Blasio’s eulogy for Familia from inside.

Mayor de Blasio’s decision to travel to Germany shows his loyalty is with his leftist ideology and not with NYC police.