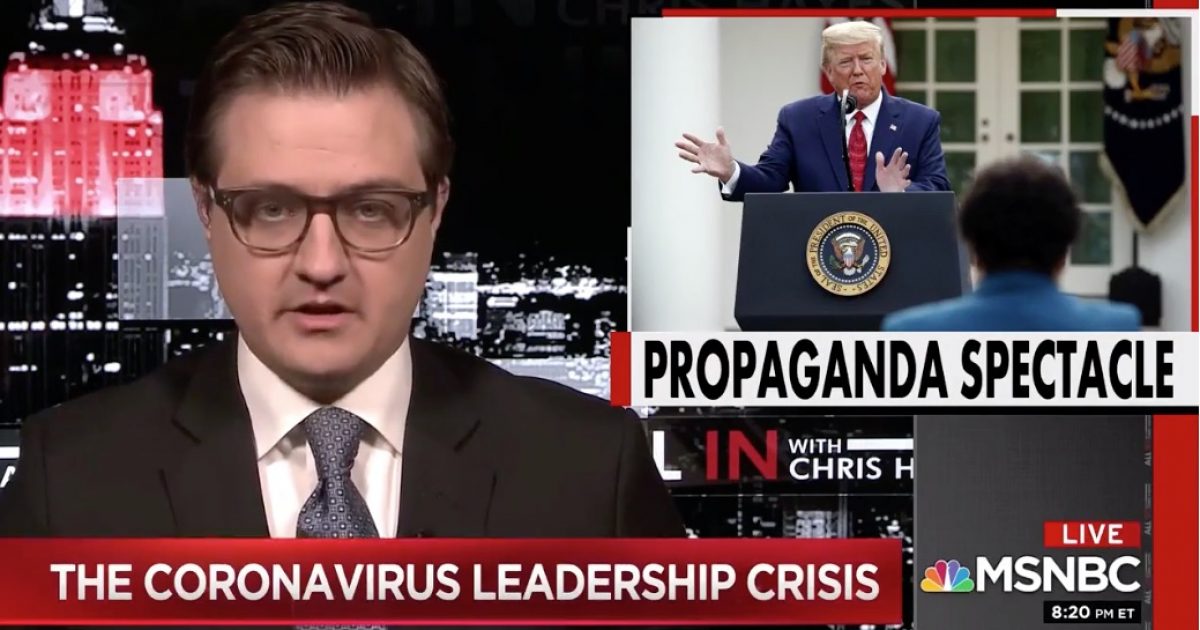 The cable networks pulled away from the press briefing and then went on to criticize President Trump.

As Mediaite reports, CNN’s Wolfe Blitzer and John King were outraged when part of the briefing was focused on drug cartels taking advantage of the coronavirus pandemic to bring illegal drugs into the U.S.

King said the discussion about illegal drugs was “remarkable” and he also added, “…some would say shameless.”

MSNBC also cut away from the briefing because of the focus on illegal drugs.

The fact that the cable networks cut away during the briefing is not surprising.

Hosts from both networks complained about their outlets covering the press briefings live.

Hayes criticized the briefings, saying, “But it seems crazy to me that everyone is still taking them when you got the MyPillow guy getting up there talking about reading the Bible.”

.@chrislhayes on why we aren't playing sound from Trump today:

“In the midst of a global pandemic, the President went out and said things that are flat out wrong, that are lies, and that are dangerous…Frankly, the President has become a genuine threat to public health.” pic.twitter.com/AAgPxlv4ey

At the end of the day, the anti-Trump media wants control of the narrative so they can manipulate and spin the facts surrounding the coronavirus crisis to fit their anti-Trump agenda.

The press briefings provide President Trump with a direct line of communication to Americans, bypassing the bias of the anti-Trump media.

That’s something the anti-Trump media can’t allow because it undermines their political agenda.