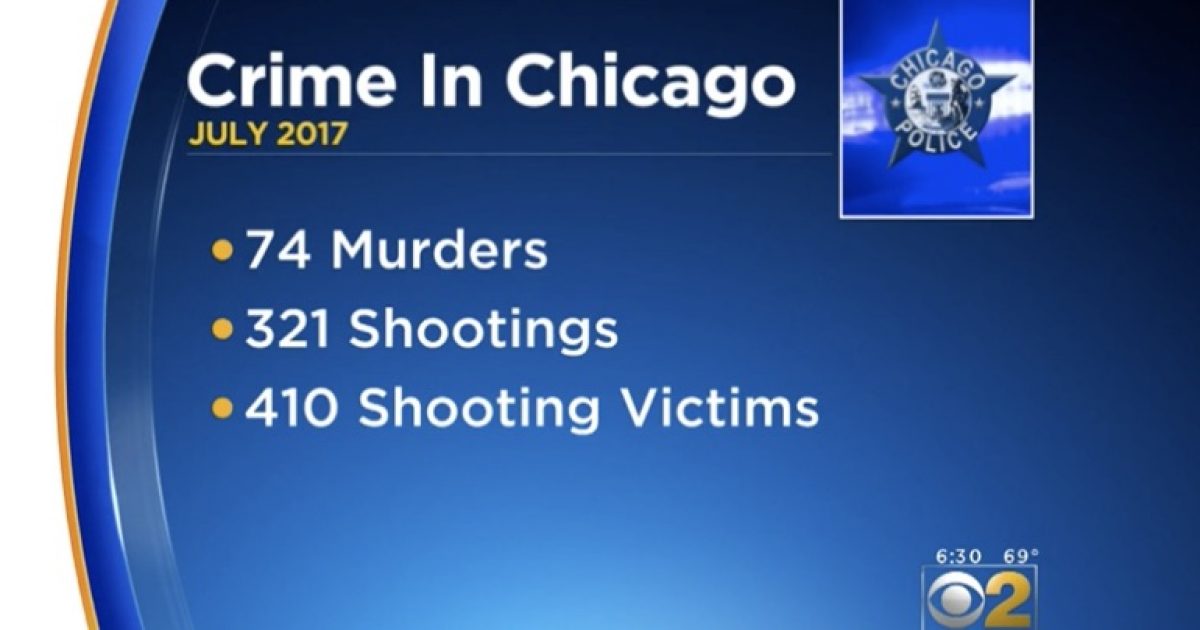 The murder rate in Chicago is on course to outpace the city’s 2016 homicide rate.

With 74 people killed in July alone, Chicago has reached more than 400 homicides for the year so far, a number that keeps the city on track to outpace 2016, one of the bloodiest years recorded in decades.

According to Chicago police, there have been 402 murders in the city so far this year, though the department’s statistics don’t include killings on area expressways, police-involved shootings, self-defense killings or death investigations.

This year, the Fourth of July holiday weekend is noted as “the city’s most violent.”