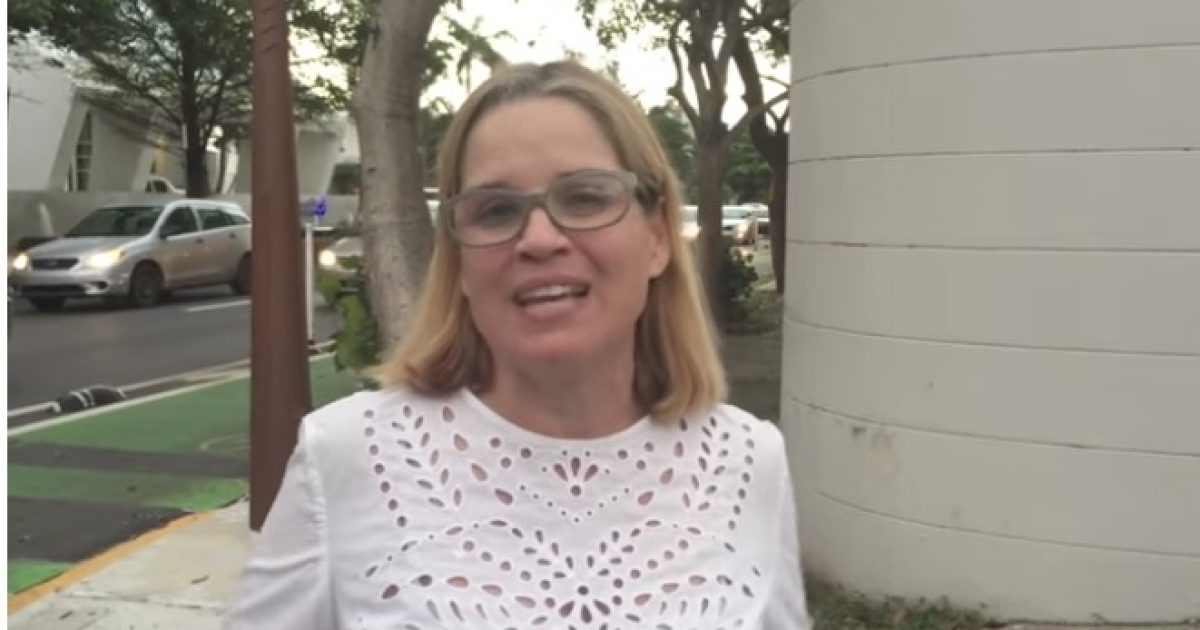 Everything is politicized from NFL football to late-night TV shows and now hurricane relief efforts.

The comments made by Cruz in a press conference created significant media attention but it also put the spotlight on her exposing a left-wing bias and a political motivation for her attack on Trump.

The political drama started with a Cruz press conference that predicted a genocide will occur in Puerto Rico because the Trump administration can’t solve logistics issues with the relief effort.

The mayor of San Juan lashed out at Trump administration on Friday, decrying its relief effort in the wake of hurricanes Jose and Maria and saying if it doesn’t solve the logistics “what we we are going to see is something close to a genocide”.

“We are dying here,” Carmen Yulín Cruz said at a press conference, speaking with tears in her eyes. “I cannot fathom the thought that the greatest nation in the world cannot figure out the logistics for a small island of 100 miles by 35 miles. So, mayday, we are in trouble.”

President Trump fired back in a Tweet saying the mayor’s critical comments are politically motivated and described Cruz as a poor leader.

Democrats pounced on the remarks made by Trump.

Hillary Clinton was quick to support Cruz in a Tweet:

“Don’t let anyone make you feel alone. We are with you and Puerto Rico.”

And Broadway actor, Lin-Manuel Miranda, was extremely critical of Trump in a Tweet:

You’re going straight to hell, @realDonaldTrump.
No long lines for you.
Someone will say, “Right this way, sir.”
They’ll clear a path.

Another mayor in Puerto Rico criticized Cruz for not being part of the disaster relief meetings.

Guaynabo’s mayor, Angel Perez, said in an interview with The Daily Caller that his experience with the federal government has been different from Cruz’s, in part because — unlike Cruz — he has been participating in meetings with officials from the Federal Emergency Management Agency (FEMA) and other federal agencies.

“We’re going to give you more details when we welcome this great Puerto Rican patriot in a cause that unites us and to know that, in spite of our differences, we can do big things in this country,” she continued.

Democrats are desperate to undertake any strategy to harm Trump in the eyes of the public and exploiting the hurricane tragedy fits that goal.

However, Cruz’s comments are undermined by other political leaders in Puerto Rico and her left-wing bias.