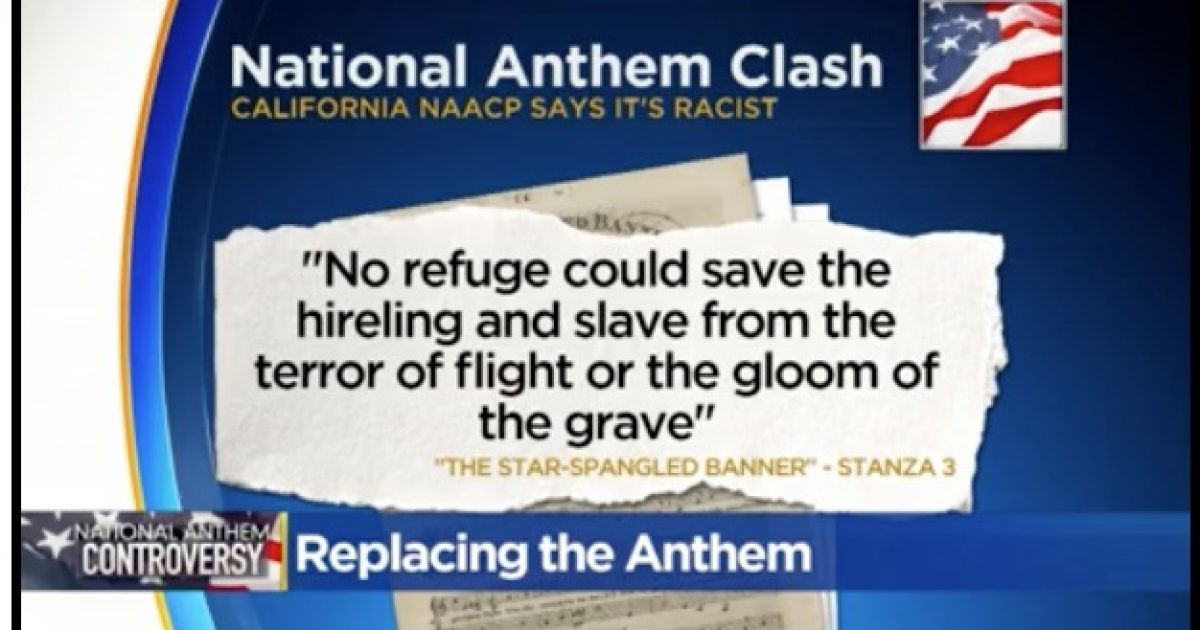 The California chapter of the NAACP apparently has the solution to the NFL protest controversy.

“I think all this controversy about the knee will go away once the song is removed,” Huffman said in a recent proposal to Congress.

The problem is the NAACP believes the third stanza of the original poem is “racist.”

California and Hawaii NAACP president Alice Huffman brought up the idea at a recent NAACP state convention — along with two resolutions to support Colin Kaepernick and to censure President Donald Trump after he used profanity toward NFL players who knelt during the anthem.

The proposal is not intended to disrespect the flag, Huffman said.

“We’re not trying to protest the flag at all,” Huffman said. “We’re protesting this racist song that has caused so much controversy in America, and we’re just trying to get it removed. So, whatever comes out in the future as a national anthem, we can all stand proudly and sing it.”

Huffman is referring to the third stanza, which includes the lyric “no refuge could save the hireling and slave from the terror of flight or the gloom of the grave.”

Of course, the part of the original poem they find racist is rarely if ever sung at public events and it would be shocking if NFL protesting players even know of the third stanza or verse.

It appears the NAACP wanted to generate news and attention by exploiting the NFL protests.