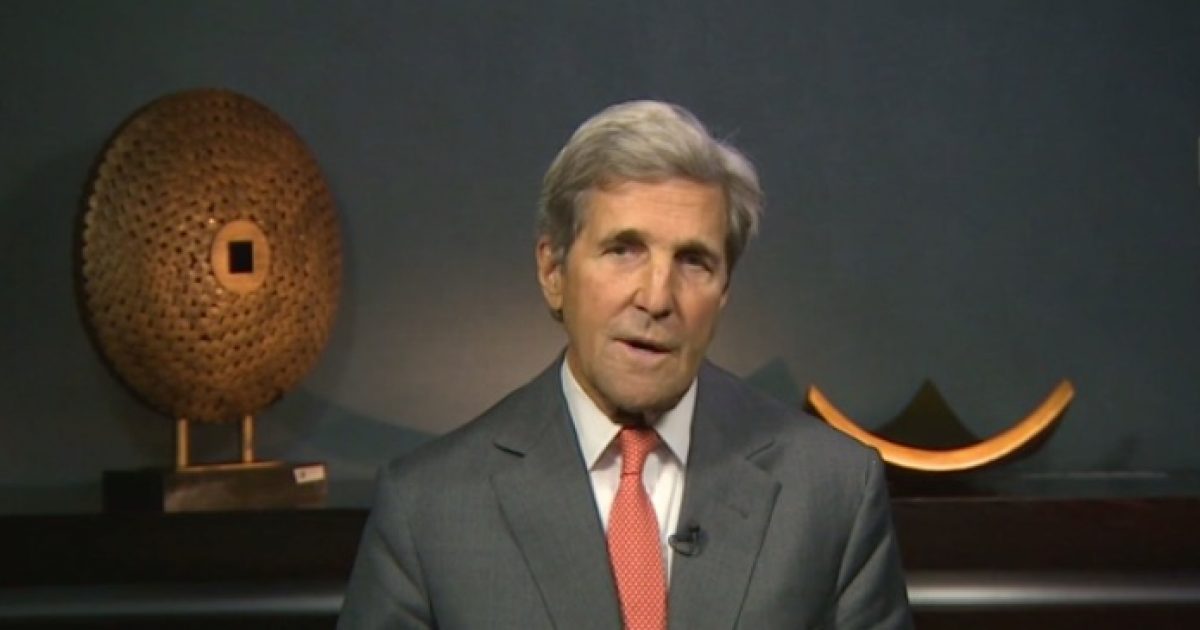 The left’s attacks against President Trump and his administration are going international.

Kerry relayed his response to Trump’s pro-Israel stance to the Palestinian Authority saying, “hold on and be strong,” and to “not yield.”

Maariv, a local Israeli outlet, reported that Kerry has been using an intermediary named Hussein Agha to relay derisive, anti-Trump messages to the leaders of the Palestinian authority. According to The Jerusalem Post, Kerry asked the Palestinians to “not yield” to Trump’s demands and to “hold on and be strong” in the wake of Trump’s pro-Israel moves in the region. Maariv based their report on an anonymous account from a “senior Palestinian authority official.”

Kerry also alluded he might run for president against President Trump in 2020.

Undermining President Trump on the international stage speaks volumes about Kerry’s character and his willingness to say anything to garner media attention.