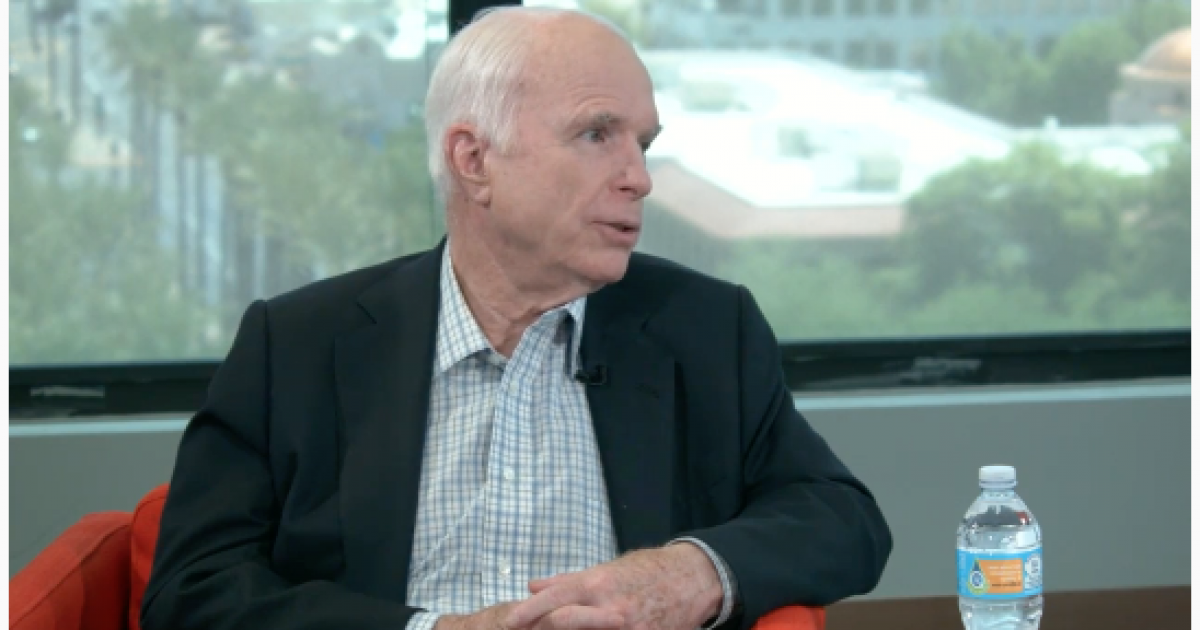 Senator John McCain (R-AZ) is co-sponsoring a bill providing amnesty for DACA plan recipients without including funds for the border wall.

Senator John McCain (R-Ariz.) and Christopher Coons (D-Del.) will introduce immigration legislation on Monday in an effort to reach a budget deal before the federal government’s current funding runs out on Friday, The Wall Street Journal reported.

The bipartisan piece of legislation provides recipients of the Deferred Action for Childhood Arrivals (DACA) program, commonly known as “Dreamers,” an opportunity for citizenship while ordering a study to figure out what border security measures are needed, according to the Journal.

The effort by McCain and Coons conflicts with the offer made by President Trump to address DACA recipients.

President Trump said there would be no deal on DACA without funding for the border wall between the U.S. and Mexico.

Any deal on DACA that does not include STRONG border security and the desperately needed WALL is a total waste of time. March 5th is rapidly approaching and the Dems seem not to care about DACA. Make a deal!

McCain has a history of working with Democrats on key issues and the senior Senator from Arizona is a constant critic of President Trump.

The push by McCain to address immigration is not new. Last year, McCain expressed his desire to deal with immigration reform in an interview with The Arizona Republic.