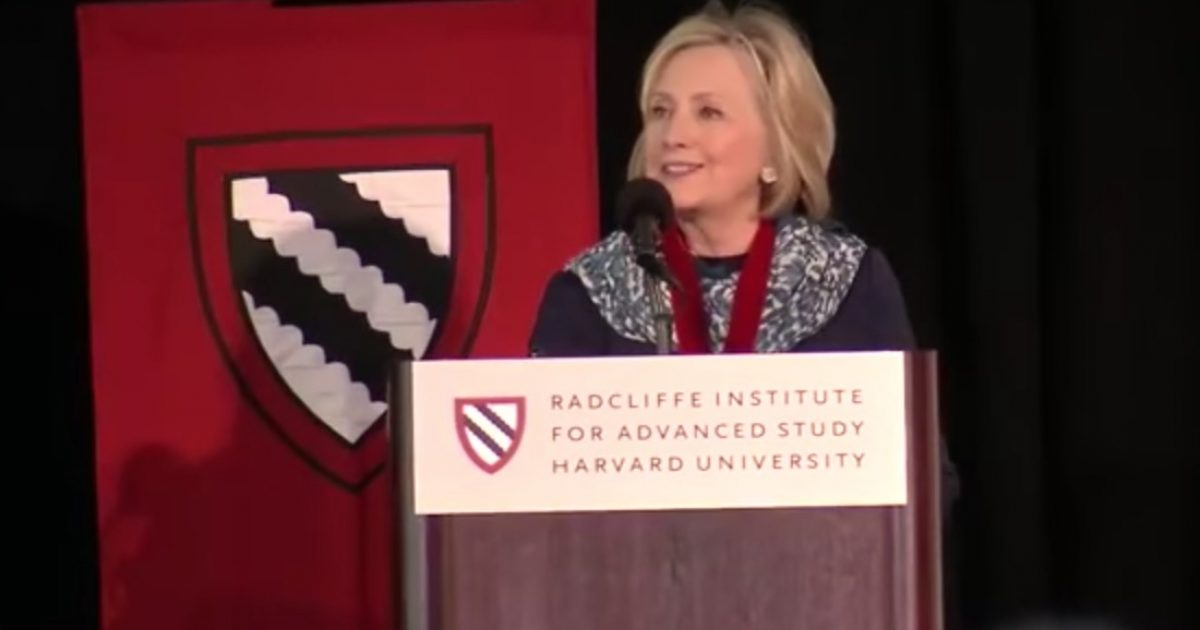 During a speech at Harvard University, Hillary Clinton said our democracy is in crisis.

Clinton made remarks after receiving Harvard’s “…Radcliffe Medal, which honors women who have had a ‘transformative impact on society.'”

“It’s not been an easy time for more than half of our country since the 2016 election,” Clinton said.

“Right now we are living through a crisis in our democracy,” she said. “There are certainly not tanks in the street, but what is happening today goes to the heart of who we are as a nation. And I say this not as a Democrat who lost an election, but an American afraid of losing a country.”

The news story notes Clinton did not mention President Trump by name but some of her critical comments were targeting the president.

Up in Boston today for #RadDay18 where I’ll be talking to @maura_healey, Massachusetts’ great Attorney General. Tune in! https://t.co/vQmmFKRda5

While at Harvard, Clinton also said her dream job would be running Facebook.

Speaking at Harvard University before receiving an award Friday, Clinton was asked a hypothetical question by moderator Maura Healey, a fellow Democrat and attorney general of Massachusetts: If Clinton could be chief executive of any company right now, which company would she choose?

“Facebook,” Clinton said without hesitating, as she and Healey paused to laugh with the audience.

Clinton added her attraction to Facebook is over the company’s “…immense power it has over the world’s flow of information.”

The last thing the U.S. needs is Clinton either as president or the CEO of Facebook.

BREAKING OUT OF TEXAS- Finally!!! LIFE IN PRISON!
AFF