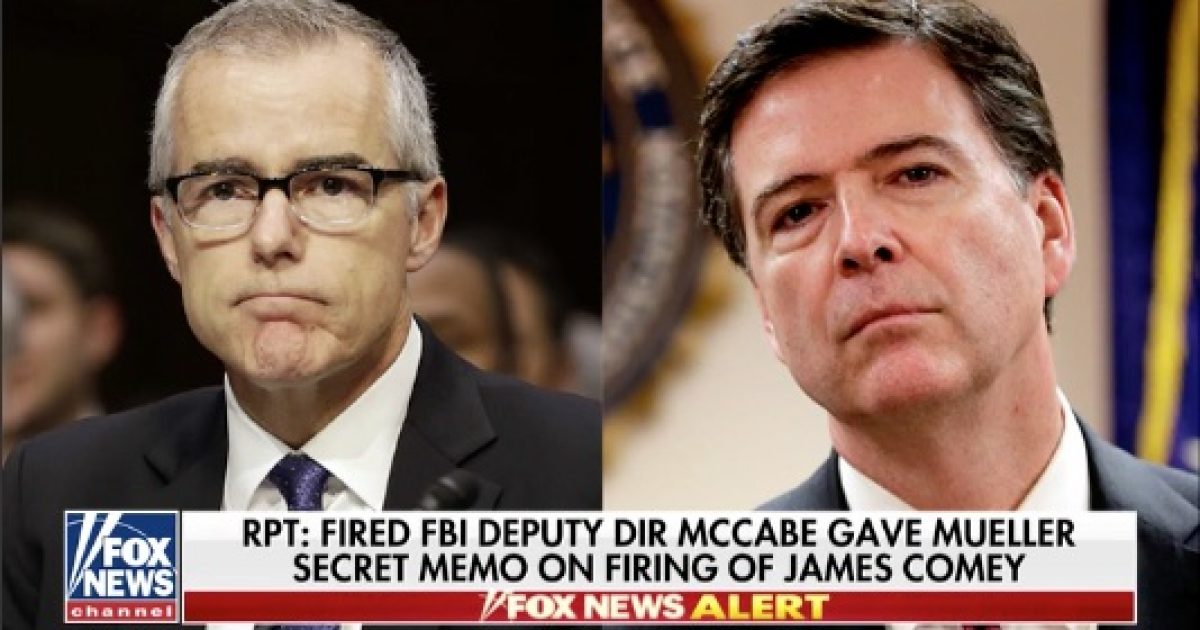 Former FBI Deputy Director Andrew McCabe is seeking an immunity deal in exchange for his testimony before the Senate Judiciary Committee.

McCabe was fired from the FBI for lying to investigators.

Ousted FBI Deputy Director Andrew McCabe is seeking immunity in exchange for his testimony related to a Justice Department watchdog’s referral for possible prosecution, ahead of a congressional hearing on the handling of the Clinton email probe during the 2016 presidential election.

According to Politico, McCabe will use the Fifth Amendment to protect himself.

Andrew McCabe, the former FBI deputy director, “will have no choice but to invoke his Fifth Amendment privilege” if called to appear before the Senate Judiciary Committee next week without immunity against the use of his testimony in criminal prosecution, according to a letter from his lawyer to the panel’s Republican chairman.

The legal pressure on McCabe is mounting.

Investigators from the D.C. U.S. Attorney’s Office recently interviewed former FBI director James B. Comey as part of a probe into whether his deputy, Andrew McCabe, broke the law by lying to federal agents — an indication the office is seriously considering whether McCabe should be charged with a crime, a person familiar with the matter said

McCabe knows he is in serious legal trouble and the request for immunity is a desperate attempt to protect himself.