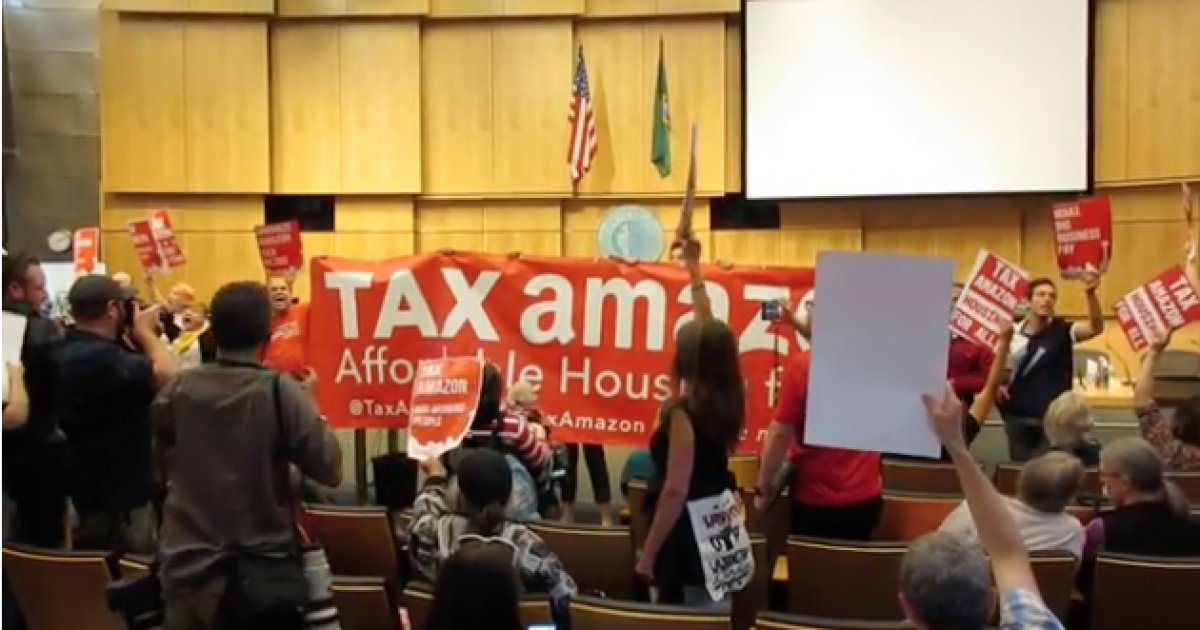 In a 7-2 vote, the Seattle city council killed the $275 per employee tax on big businesses.

The so-called employee “head tax” was passed only a month ago as a measure to raise revenue to address the homeless problem plaguing Seattle.

The tax, proposed in late April, would originally have charged businesses making $20 million or more in revenue around $500 per full-time employee, with the $75 million raised going toward affordable housing and homeless services. The version that ultimately passed council and signed by the mayor was a watered-down, compromised version, at about $275 a head and raising between $40 and $50 million a year. A spending plan also passed by council would have devoted more than half of that money to building affordable housing.

Geekwire reported on the vote that killed the tax:

Seattle’s new per-employee tax on large businesses to fund affordable housing is officially dead, bringing an end to one of the most polarizing debates in city history. The City Council voted 7-2 to repeal the so-called head tax during an emotional and tense meeting Tuesday afternoon. Councilmembers Kshama Sawant and Teresa Mosqueda were the only two that voted against repealing the controversial tax.

Big corporations, including Seattle-based Amazon and Starbucks, fought the tax.

According to Geekwire, the big corporations funded the “No Tax on Jobs” effort to get rid of the “head tax.”

Amazon and Starbucks have donated $25,000 each to a referendum campaign on Seattle’s divisive new head tax, according to disclosure reports. Vulcan, the umbrella company for Microsoft co-founder Paul Allen’s various ventures, has also given $25,000 to the effort.

The funds will go toward the “No Tax on Jobs” campaign, an effort to get a referendum on the November ballot that would give voters the option to repeal the tax, which has ignited a fierce debate over the past few weeks. “No Tax on Jobs” has raised a total of $352,775 since launching late last week, as Crosscut first reported.

A local reporter noted some of the left-wing activists were removed from the meeting:

Some pro-Head Tax activists are being removed from Council Chambers for chanting. Seems BOTH sides are loudly calling to vote out this Council. pic.twitter.com/3yzB4YaiuQ

Taxing businesses for each employee is a bad idea because it would be an incentive to restrict employment in Seattle and also prevent companies from wanting to be based in the city.

But with the progressive left, emotion and not reason rules the day.