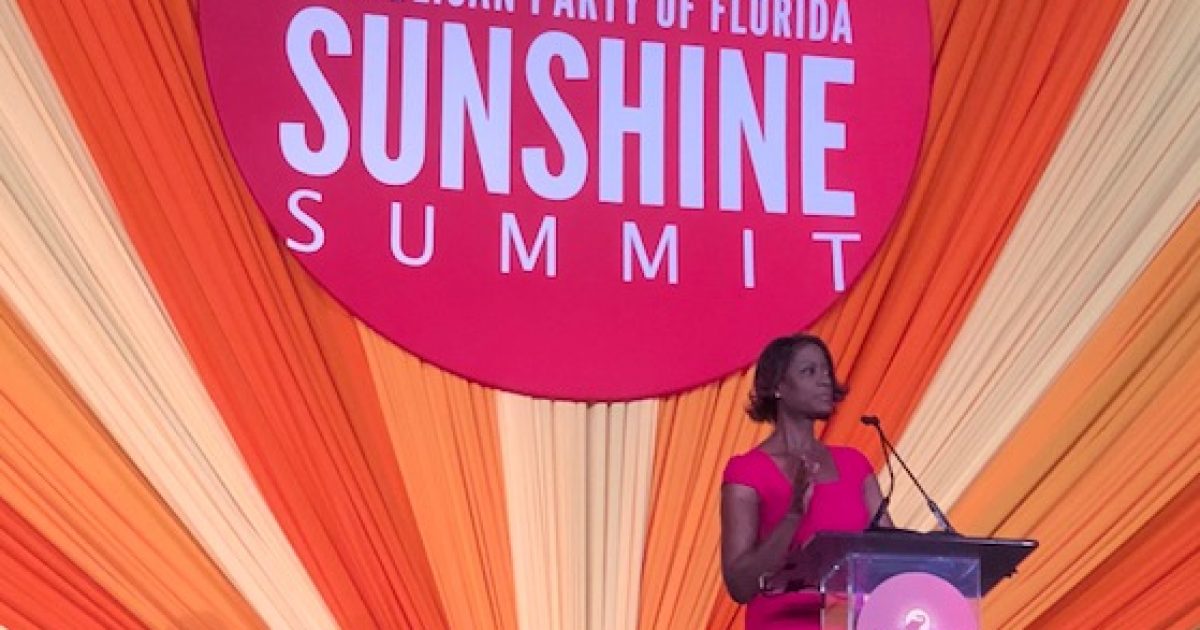 The Republican Party of Florida Sunshine Summitt included a great group of speakers and Tom and I were honored to be part of the event.

A summary of the remarks made by the speakers was posted by NewsTalkFlordia.

Tom Borelli – Contributor, Conservative Review. He began by praising the job of President Trump. He cited statistics that the news media is no longer trusted by the public. He finds the recent harassment of Republicans to be disturbing. He also contends there is a covert push to suppress conservative speech, radio, and television programming.

Deneen Borelli – CRTV.com Host and Fox News Contributor. Another pep rally touting the need to support President Trump. She warned the audience of getting taken in by race-baiting. President Trump has helped African-Americans find jobs

In contrast to the honest reporting by Tim Bryce for NewsTalkFlordia, The Atlantic story on the event was twisted to the political Left:

Speaker after speaker at the Florida Republican Party’s Sunshine Summit on Friday focused on the same set of issues, a useful snapshot of what is on the mind of the GOP: how great it is that Donald Trump is president and Hillary Clinton is not. The Supreme Court. The “fake news” liberal media. Representative Maxine Waters. The deep state.

But as with other Republican events these days, it always came back to Trump, the conversation existing within a closed epistemic loop. The list of speakers was a mishmash of the kind of people who have been fixtures at conservative gatherings over the years, like tax-cut advocate Grover Norquist, combined with those who owe their political celebrity to Trump’s rise—think Republican National Committee spokeswoman Kayleigh McEnany, who during the 2016 election became a prominent pro-Trump commentator on cable news.

But in a sign of how much Trump has made the party his own, the message coming from this eclectic roster of voices was basically the same.

Despite the negative spin by The Atlantic, the Republican Party of Florida Sunshine Summit was a great event and the Borelli’s were pleased to be part of the impressive lineup of speakers.