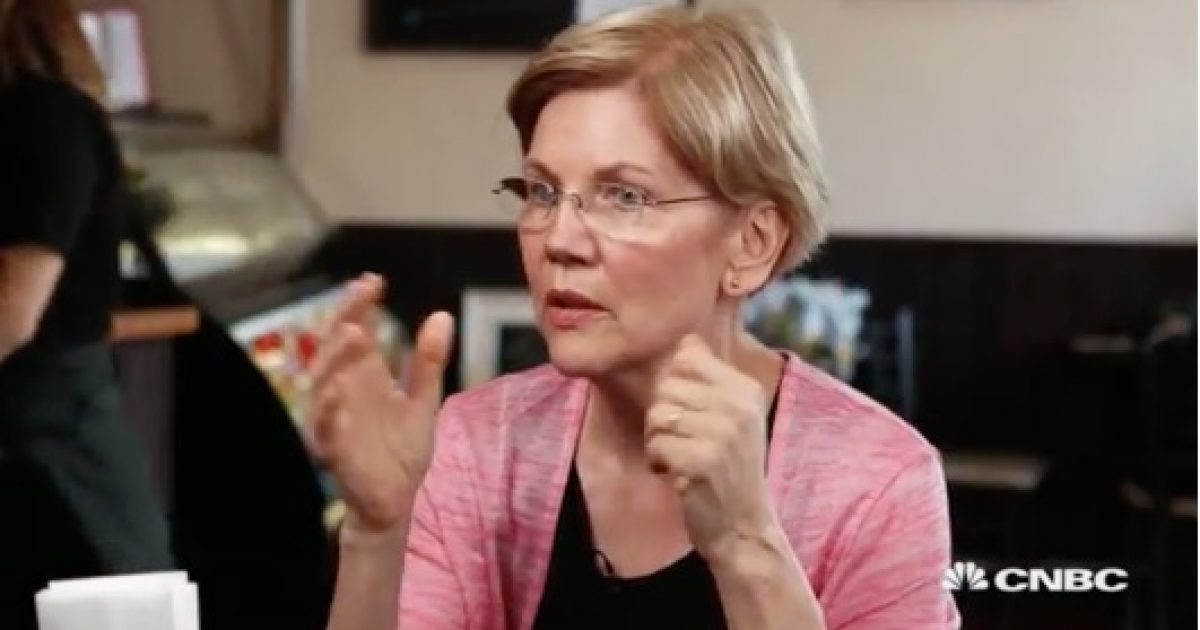 Massachusetts Democrat Senator Elizabeth Warren is clearly not a fan of President Trump or his tax cuts.

During an interview on CNBC, Warren expressed an interest in raising the corporate tax rate and increasing the top personal rate.

Sen. Elizabeth Warren, D-Mass., sat down with CNBC’s John Harwood to discuss an array of issues, from President Donald Trump to the economy. Here, she talks about wanting to roll back the GOP tax cuts.

Q: If Democrats take the Congress, if you’re in the White House, or both, would you like to see these corporate tax cuts repealed?

A: Yeah, I really want to see them rolled back.

A: Well, it’s not about the number. Here’s how I look at budgets and taxes are at the heart of this. A lot of people think they’re just numbers; they’re not. They are the expression of our values. The values of the Republican Party that passed those tax cuts are to give $1.5 trillion away to the richest Americans and the biggest corporations, and let everybody else pick up the crumbs.

Q: What’s too high for the top personal rate?

A: It’s not about a number. That’s what negotiations are all about.

Q: Is 50 percent obviously too high?

A: That’s why you sit down and you negotiate over the numbers.

The fact that Warren did not automatically reject a 50 percent tax rate for top earners means that rate or a higher one is on the table.

Warren is also ignoring the positive impacts of President Trump’s tax cuts including the reduction in the corporate rate.

Millions of Americans are benefiting from higher wages, bonuses and enhanced corporate benefit plans that are a direct result of the reduction in the corporate tax rate.

Warren also insisted she is a capitalist!

"I am a capitalist" – but markets need to work for more than just the rich, Sen. Elizabeth Warren says. She takes on Trump, the midterms and economic inequality in an interview with @JohnJHarwood. https://t.co/DG3TBe9lWc