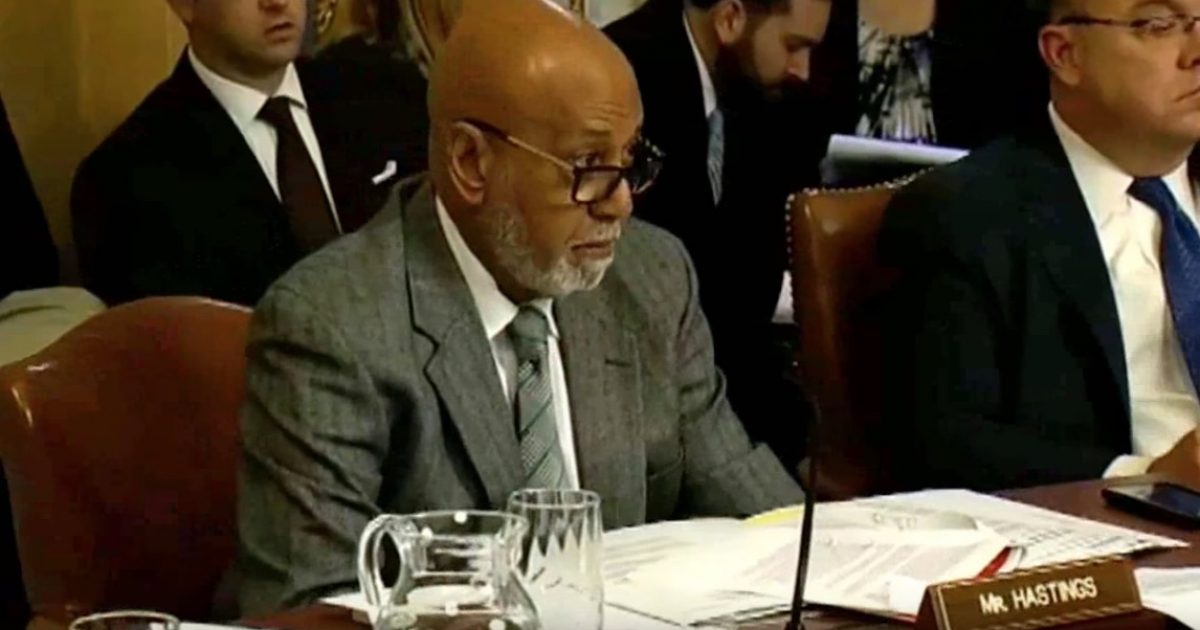 A top Democrat joked about President Trump drowning in the Potomac River.

Over the weekend, Florida Democrat Representative Alcee Hastings spoke at a rally in Florida and told the alarming joke to the crowd.

“I will tell you one joke,” Hastings said. “Do you know the difference between a crisis and a catastrophe?”

“‘A crisis is if Donald Trump falls into the Potomac River and can’t swim,’” Hastings said, retelling the joke. “‘And a catastrophe is anybody saves his ass.’”

The crowd cheered and whooped in delight at the joke.

.@AlceeHastingsFL warms up Democratic rally in Sunrise with a joke about the difference between a crisis and a catastrophe.
Crisis: if @realDonaldTrump falls into the Potomac River & can’t swim.
Catastrophe: If “anybody saves his ass.”

The vile words from Hastings and other Democrats wishing harm to President Trump as a joke is irresponsible and reckless.

Just imagine the outrage if a Republican delivered a joke like that about former President Obama.