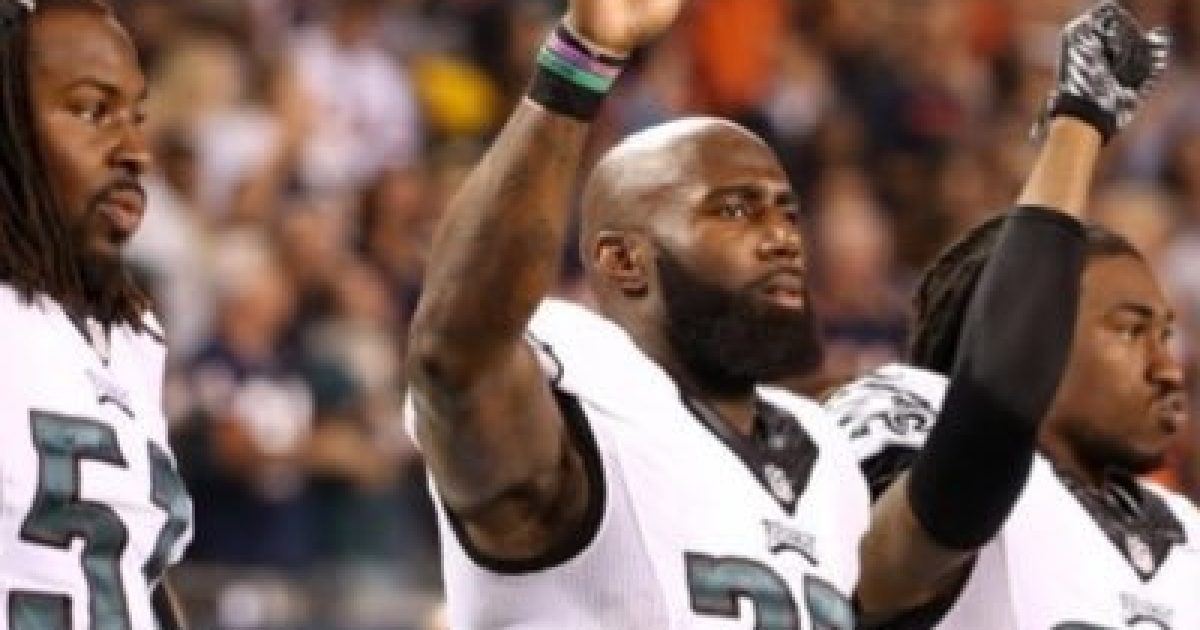 Pederson made his views known during an interview on “CBS This Morning,” as part of his book promotion tour.

In an interview on “CBS This Morning” Friday, Philadelphia Eagles head coach Doug Pederson addressed the ongoing debate over whether NFL players should be allowed to protest during the national anthem. Asked how he’s approached the controversy with his players, Pederson said it hasn’t “divided our team whatsoever.”

Pederson added he feels the players support the military and the American flag but he also backs Malcolm Jenkins, a player who holds his fist in the air during the National Anthem.

The coach calls Jenkins “a tremendous leader of our football team, not only on the field but also off the field and what he’s done in creating awareness to a lot of social injustices that plague our players.”

During the preseason, Jenkins has protested in two ways – at one game he continued his tradition of holding his fist in the air and at another game, he stood in the stadium’s tunnel leading to the field.

After putting a pause on his silent protest toward the end of last season, Jenkins resumed his national anthem demonstration for the Eagles’ preseason opener Aug. 9 at Lincoln Financial Field when he raised his fist standing along the sideline.

In Game 2 of the preseason last Thursday on the road against the Patriots, Jenkins chose to stay in the tunnel, a decision he made again Thursday night before the Eagles’ game vs. the Browns in Cleveland.

Jenkins also promoted a video by Michelle Obama on Twitter:

My father taught me that voting is a sacred responsibility, one that none of us can take for granted. And #WhenWeAllVote, we can make our voices heard.

Join me and @WhenWeAllVote for a Week of Action this September to get fired up for Election Day: https://t.co/C4obhrE6mP pic.twitter.com/94Rr7DOKYw

The NFL and team coaches are refusing to take a leadership role on the National Anthem protest issue by allowing players to dictate the terms.

The lack of decisive leadership to protect its brand is damaging the NFL.