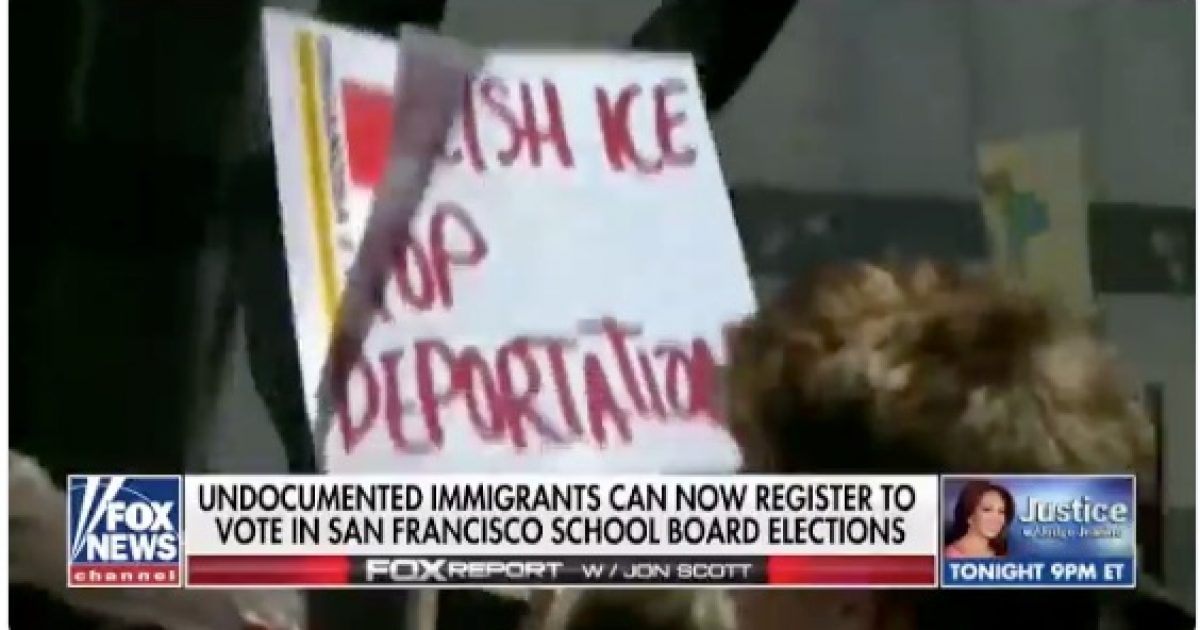 Illegal aliens are set to vote in local elections in San Francisco.

San Francisco has become the largest U.S. city to give people in the country illegally and other noncitizens the right to vote in a local election, but the possibility of the Trump administration learning their identities appears to have kept people away: only 35 noncitizens have registered.

It is among a handful of cities nationwide to allow people who aren’t citizens to vote, which is illegal in state and federal elections. In San Francisco, they can only participate in the school board race.

The story notes illegal aliens were given the right to vote due to a 2016 referendum.

The new provision in San Francisco, which voters approved in a 2016 referendum, expires after 2022 unless the city decides to extend it. Noncitizens, including those without legal status, can vote only in school board races and only if they are parents, legal guardians, or caregivers to children under the age of 19.

For the first time in California history, non-citizens including undocumented immigrants can now register to vote in upcoming school board elections in San Francisco. https://t.co/nIn8afpJRb

This decision by San Francisco voters is consistent with the state’s sanctuary state status.

However, according to Fox News, California’s constitution requires “voters to be citizens and state residents.”

Allowing noncitizens to vote is outrageous – it undermines the rights of U.S. citizens, gives an incentive for illegal aliens to move to the city, and is in violation of California’s constitution.