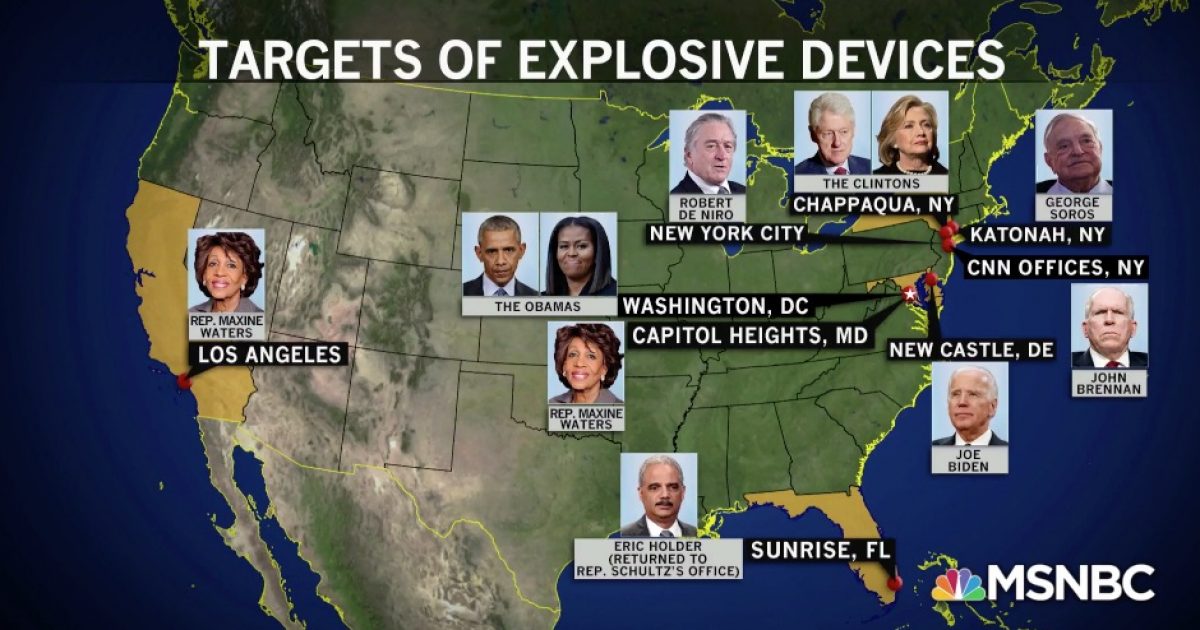 Law enforcement is investigating the suspicious packages with similar explosive devices delivered to leading Democrats and CNN this week.

While the investigation is ongoing and no other details made public, the liberal media and Democrats are blaming President Trump.

Democrats and the media swiftly blamed Mr. Trump for stirring up public anger against those top liberals, saying his constant mocking tweets and barbs at campaign rallies likely prompted an unstable person to mail the devices.

“The president, and especially the White House press secretary, should understand their words matter. Thus far, they have shown no comprehension of that,” CNN President Jeff Zucker said.

Media Research Center’s News Busters noted “liberal broadcast networks ABC and NBC put the blame squarely on President Trump’s shoulders,” while also calling out the same networks for not reporting Republicans that have been attacked.

President Trump called for the country “to unify,” as the investigations of the explosive devices unfold.

At the White House, Mr. Trump called for civility and said federal authorities had started a major investigation.

“In these times, we have to unify,” Mr. Trump said. “We have to come together and send one very clear, strong, unmistakable message that acts or threats of political violence of any kind have no place in the United States of America.”

These attacks are heinous, evil, and must be condemned. Thankfully, no one was injured or killed.

Now is not the time for finger pointing but is a time for Americans to unite as one and to allow law enforcement to do their job to find out who carried out these attacks to hold them accountable.