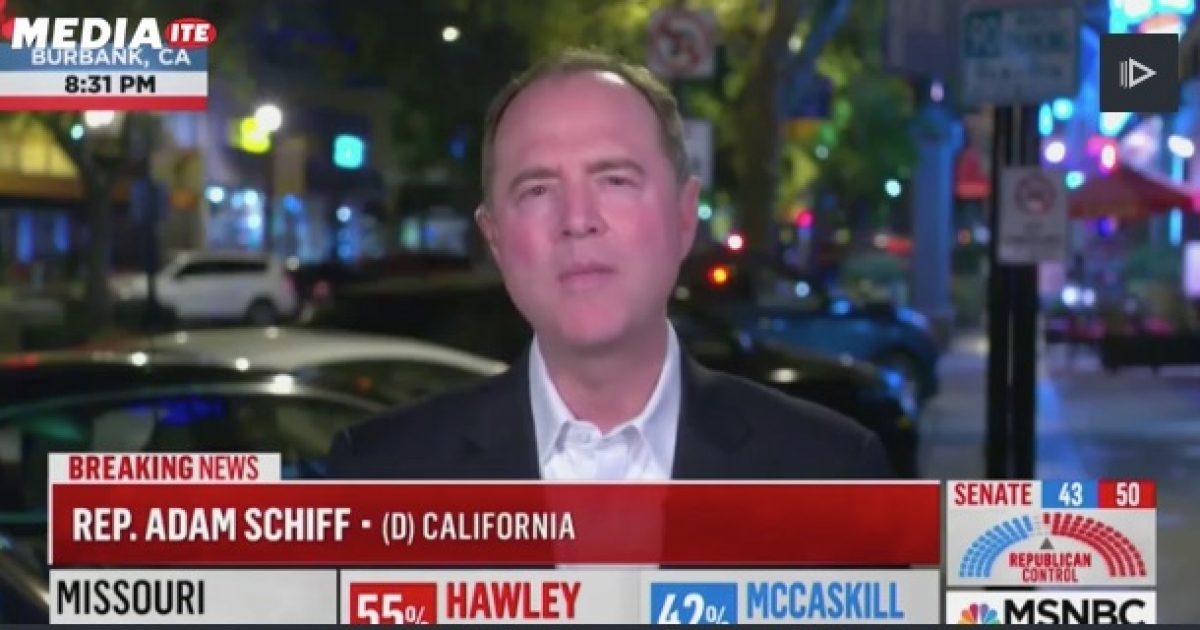 With Democrats taking control of the House of Representatives, California Democrat Adam Schiff is ready to attack President Trump.

Schiff is likely to become Chairman of the House Intelligence Committee and will use the power of the chairmanship to investigate the president and his administration.

Under Schiff, the House Intelligence Committee will start to examine in earnest Trump’s bizarre relationship with Russia. “We’re going to look at the work the GOP has obstructed,” he said.

A Democratic House will also become an enthusiastic brake on Trump’s basest impulses.

“No budget will get through without our approval,” Schiff said. “And through the budget, I think we can stop him from using the resources of the country in an unethical or unconstitutional way.”

“As long as Donald Trump is the president, it will be a poisonous atmosphere because he’s all about division. Nonetheless, we need to do our best in Congress to get the people’s business done. We need to show that we are more than just being about being opposed to him. We are not going to abuse our power the way the Republicans did. We are going to be responsible and tenacious in pursuit of our policy.”

During an interview on MSNBC, Schiff expressed interest in following up on the investigation conducted by special counsel Robert Mueller.

Schiff then mentioned a wild card — the outcome of special counsel Robert Mueller‘s probe — and seemed to tease news from that investigation soon.

“I am sure we will expect hearings because we have a constitutional duty of oversight in the U.S. House, but at the same time, your first question was relevant, we will fight for the issues people care about. We won the House and won all the governorships, and it has been 25 years since one side won seven governorships in one race and we won because we are focusing on the issues people care about.”

Democrats like Schiff will use the power of the House of Representatives committees to attack President Trump to damage the president in preparation for the 2020 presidential race.