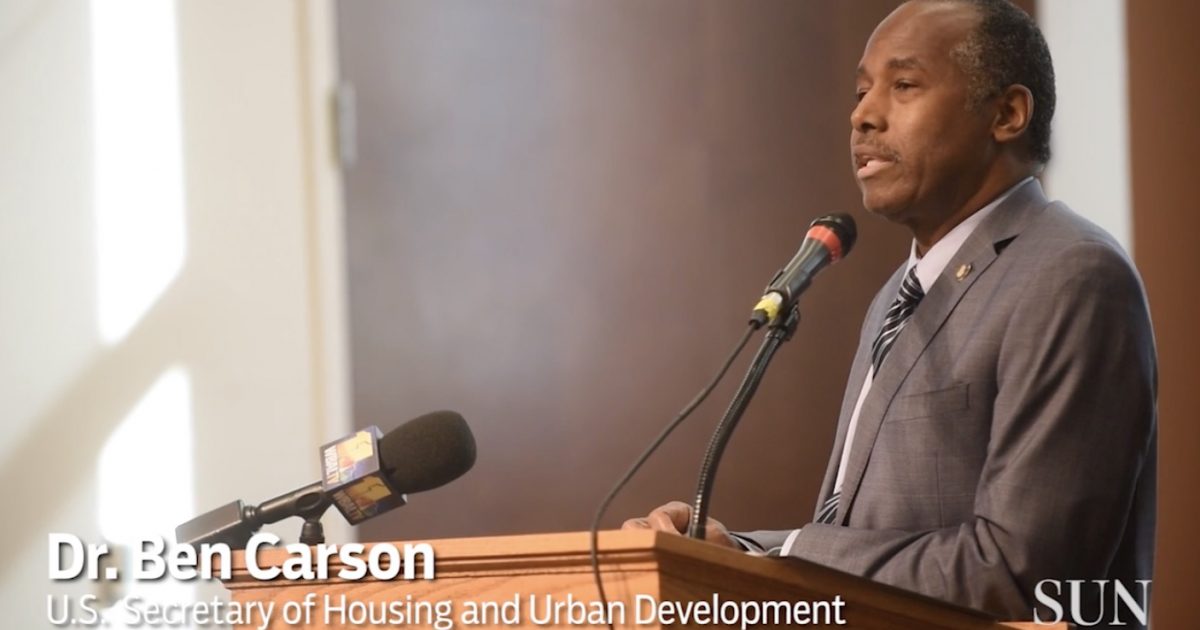 Emotional overreaction to President Trump is a root cause of America’s political divide. Just about everything the president does or says in a tweet is met with an extreme overreaction from his political opponents.

The reaction extends well beyond President Trump, including members of his administration and even supporters who wear MAGA hats.

In light of the vicious political environment, it’s no wonder a SurveyMonkey poll reported 54 percent of Republicans describe Democrats as spiteful.

The latest example of irrational and spiteful reactions to anyone associated with President Trump is Secretary of Housing and Urban Development Dr. Ben Carson. The Detroit Board of Education is considering changing the name of Benjamin Carson High School of Science.

Changing the name of the school named after Dr. Carson was pushed by school board member Lamar Lemmons. Lemmons is angry that Dr. Carson is working for President Trump, and he is ratcheting up the rhetoric and propaganda to guarantee media coverage of his outrage and the likely renaming of the school.

According to Lemmons, Dr. Carson was once “an honored son” in Detroit, but now, after making his politics known, he has “disgraced himself.”

Lemmons says Dr. Carson “is doing Trump’s bidding” and that “he’s allied himself with a president that says he is a white nationalist and sends dog whistles that even the deaf can hear.”

Finally, one of Lemmons’ comments made the Washington Post headline: “Ben Carson High is like ‘having Trump’s name on our school in blackface,’ Detroit board member says.”

Too bad Lemmons hasn’t used more of his energy to help the children of Detroit as a school board member rather than working overtime to master the art of the sound-bite to slam Dr. Carson.

Detroit schools are a horror story. Students in Detroit came in last in the 2017 National Assessment of Educational Progress tests given to fourth- and eighth-grade students. For fourth-grade students, reading scores came in last and trailed other big city schools such as Philadelphia and Baltimore. Only five percent of Detroit students were proficient in reading, well below the big city average of 28 percent.

Detroit children’s test scores didn’t improve as they got older. Similar to the fourth-grade scores, the eighth-grade test results were the lowest in the nation, and only seven percent of eighth-graders were proficient in reading, compared to the big city average of 27 percent.

Changing the name of the high school will not improve the educational outcomes of Detroit’s students, which should be the only priority of the school board.

The Detroit school district should be embracing Dr. Carson, not banning him. If anything, keeping Dr. Carson’s name on the high school is a sign of hope for students and their parents. Dr. Carson is a living example of American exceptionalism and is an outstanding role model. He overcame the barriers of being raised poor in Detroit to become a world-renowned neurosurgeon. His current job and political beliefs don’t have to be part of the story to motivate inner-city children.

Instead of removing his name, every Detroit high school student should read Dr. Carson’s book, “Gifted Hands,” that describes his journey to success. The mantra of every child in the Detroit school system should be “If Dr. Carson did it, so can I.” Unfortunately, anti-Trump mania dominates today’s political environment, and it’s helping to loot the Detroit schools of even that ray of hope.