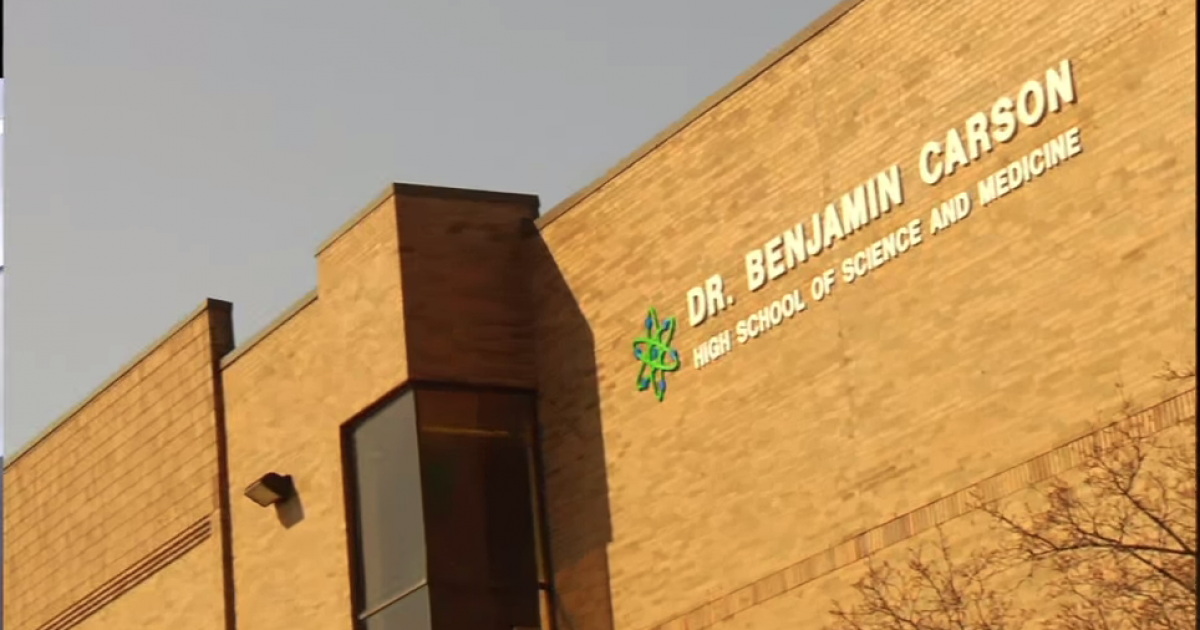 Secretary of Housing and Urban Development Dr. Ben Carson will likely have his name removed from a Detroit school following a vote from the Detroit Board of Education.

Dr. Carson’s association with President Trump is the reason the school named after him is targeted.

The Detroit Board of Education Tuesday night approved a process for seeking new names for several existing schools — including the Benjamin Carson High School of Science and Medicine — and several new schools expected to open in 2019.

The science and medicine-themed school was named after the Detroit native before he became a member of President Donald Trump’s cabinet. It was a decision made when the district was under the control of a state-appointed emergency manager.

A school board member made it clear that politics is driving the decision.

But it’s that last act — Carson’s foray into politics and his association with President Trump — that has Detroit school board members calling for someone to pry the letters off the high school that bears Carson’s name.

“It is synonymous with having Trump’s name on our school in blackface,” Detroit school board member Lamar Lemmons told The Washington Post, when asked why is he leading the charge to remove Carson’s name.

The Root slammed Carson for working for President Trump.

Carson graduated from the district in 1969 and to celebrate his accomplishments in neurosurgery, the school was named in his honor. But all that good will went out the window the moment Carson decided to sell his soul to our Commander-in-Tweet and pledge his allegiance to Trump’s cabinet.

The school describes the reason for being named after Dr. Carson.

The school is named in honor of the acclaimed Detroit-born, African-American pediatric neurosurgeon Dr. Benjamin Carson. As a pediatric neurosurgeon formerly on the staff of Johns Hopkins Hospital, Dr. Carson was honored with the 2008 Presidential Medal of Freedom for his contributions. The school aims to honor the contributions Dr. Carson has made not only to the global medical community, but also as a role model for Detroit students with aspirations and interests in science and medical fields.

Dr. Benjamin Carson whose journey from impoverished, inner-city Detroit youth to acclaimed neurosurgeon is remarkable and is a constant reminder to Benjamin Carson students that their career dreams are achievable.

It’s disgusting the Detroit Board of Education is retaliating against Dr. Carson because of politics.

Dr. Carson is an exceptional role model for children in Detroit – he overcame poverty and became a world-renowned surgeon.