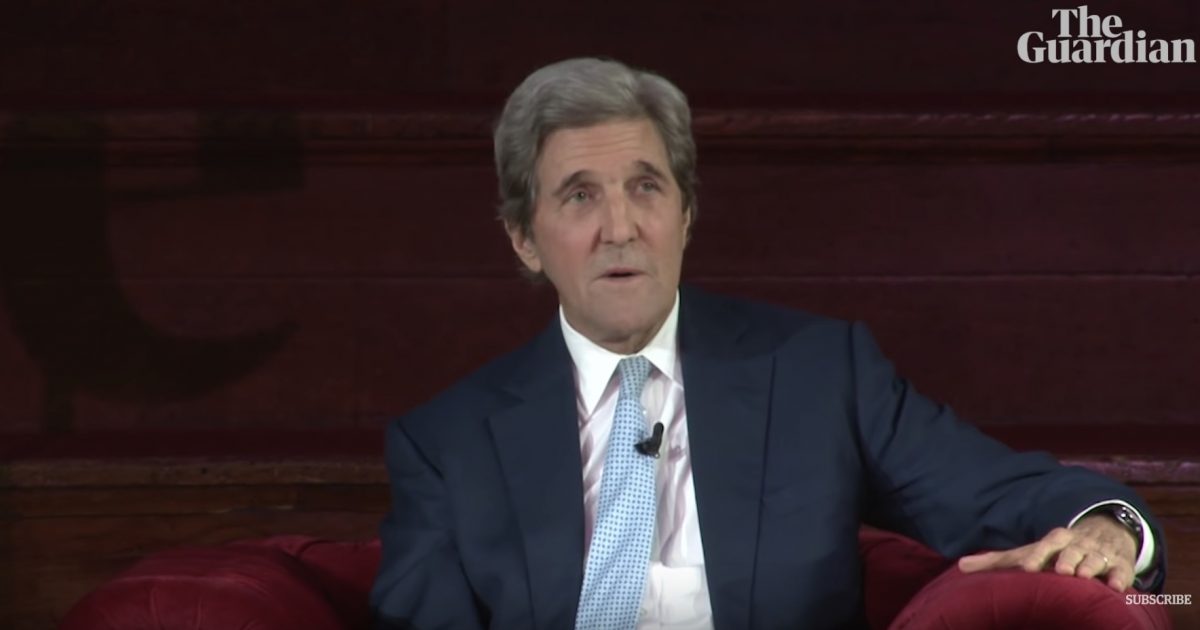 Former Secretary of State John Kerry blasted President Trump over a range of issues including his decision to have the U.S. leave the Paris Climate Change Accord.

Kerry’s comments were made during an interview with The Guardian.

In discussing the climate deal, Kerry added, “People are going to die because of the decision Donald Trump made.”

Kerry discussed the challenge of challenging President Trump regarding the president misleading Americans.

Kerry has a touching faith in truth, in answering falsehood with evidence and with testimony: “You have to expose a lie!” But with someone such as Donald Trump – who has racked up, as Kerry has noted, more than 6,000 documented lies – one would have no time to do anything else, not to mention that responding forces one on to Trump’s agenda. “Well, inevitably, in the mass of back and forth, there’s always something you have to respond to. But how you choose to respond is critical. You don’t have to get down into the dirty-mud name-calling that he gets into – I’d ignore that; that’s stupid stuff.”

Kerry also hinted he might consider another run for president in 2020.

Perhaps the dubiousness comes from the fact that Kerry himself is considering another presidential run. “I haven’t ruled it out – I’m just going to think quietly about whether I think it’s … necessary. Whether I feel I can bring something to the table that’s essential, that somebody else can’t. I’ve got to see what my friend Joe Biden does, I’ve got to see what Mike Bloomberg does. There’s only so much space for genuine, capable candidates. Do I think I’m capable? Sure – I thought I was very capable and ready to be president 14 years ago, and came within one state of being it [he lost Ohio by 2 percentage points].”

The Guardian also promoted the interview with Kerry on Twitter:

It sure looks like Kerry is actively considering a run for president. His effort to generate news by blasting President Trump is one way to test the political waters.

Kerry along with other veterans of the Obama administration, including former Vice President Joe Biden and former Secretary of State Hillary Clinton, are thinking about challenging President Trump in 2020.