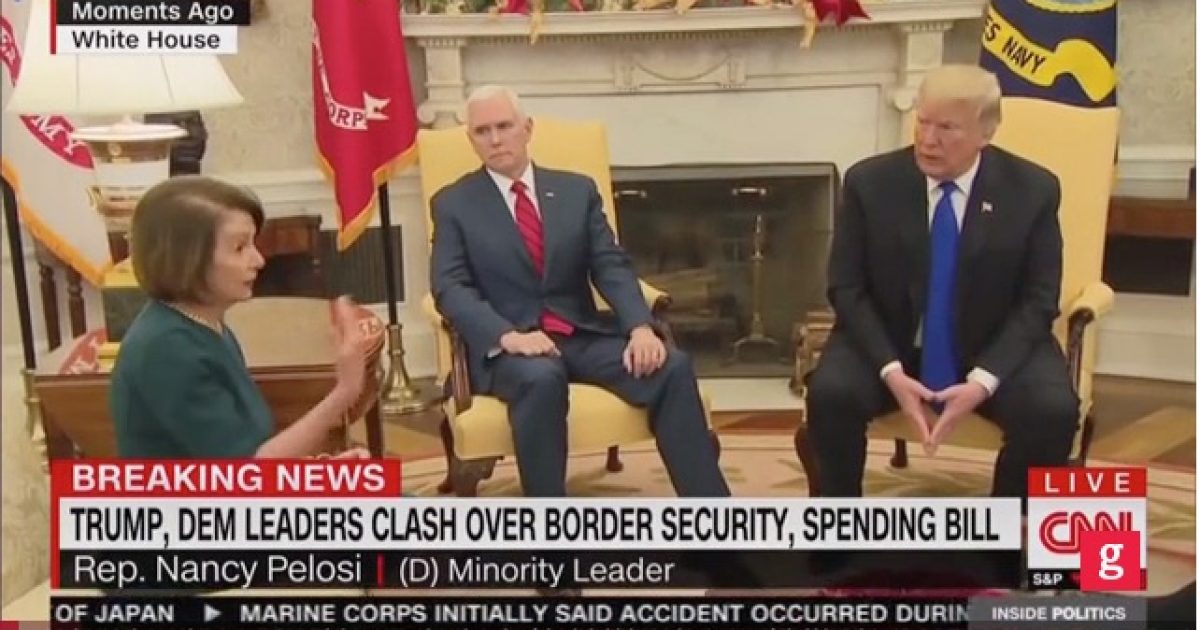 California Democrat Representative and House Minority Leader Nancy Pelosi is vacationing at a luxury hotel in Hawaii while part of the federal government is shut down.

Democratic House leader Nancy Pelosi is spending the government shutdown at a luxury resort in Hawaii, the Washington Free Beacon has learned.

Pelosi, who has put blame squarely on President Donald Trump for the current government shutdown, was spotted Thursday vacationing in Hawaii at the Fairmont Orchid resort, where room accommodations range from $899-a-night for a standard room to $4,899-a-night for the presidential suite.

On Christmas Eve, Pelosi and Senate Minority Leader Chuck Schumer (D-NY) issued a press release blaming President Trump for the government shutdown and for creating chaos to the country.

JUST IN: Joint statement from Democratic leaders Chuck Schumer and Nancy Pelosi: “It's Christmas Eve and President Trump is plunging the country into chaos." https://t.co/WqglJZujac pic.twitter.com/oGcfrYjkLH

While Pelosi is on vacation, President Trump remains at the White House wanting to negotiate an end to the partial government shutdown.

President Donald Trump says he’s waiting for Democrats to come back to negotiate a deal to end a weeklong partial government shutdown that will almost certainly extend into the new year.

In a tweet Saturday, Trump says he’s “in the White House waiting for the Democrats to come on over and make a deal on Border Security.” Trump is demanding billions for a border wall between the U.S. and Mexico, which Democrats have refused to provide.

I am in the White House waiting for the Democrats to come on over and make a deal on Border Security. From what I hear, they are spending so much time on Presidential Harassment that they have little time left for things like stopping crime and our military!

On Christmas Eve, Pelosi also blamed the House Freedom Caucus for pushing President Trump to insist on the border wall funding as part of the federal government funding bill.

As long as @realDonaldTrump is guided by the House @FreedomCaucus, it’s hard to see how he can come up with a solution that can pass both the House and Senate and end his #TrumpShutdown.

The decision to take a vacation at a great distance away from Washington, D.C., is proof Pelosi has no interest in making a budget compromise with President Trump.