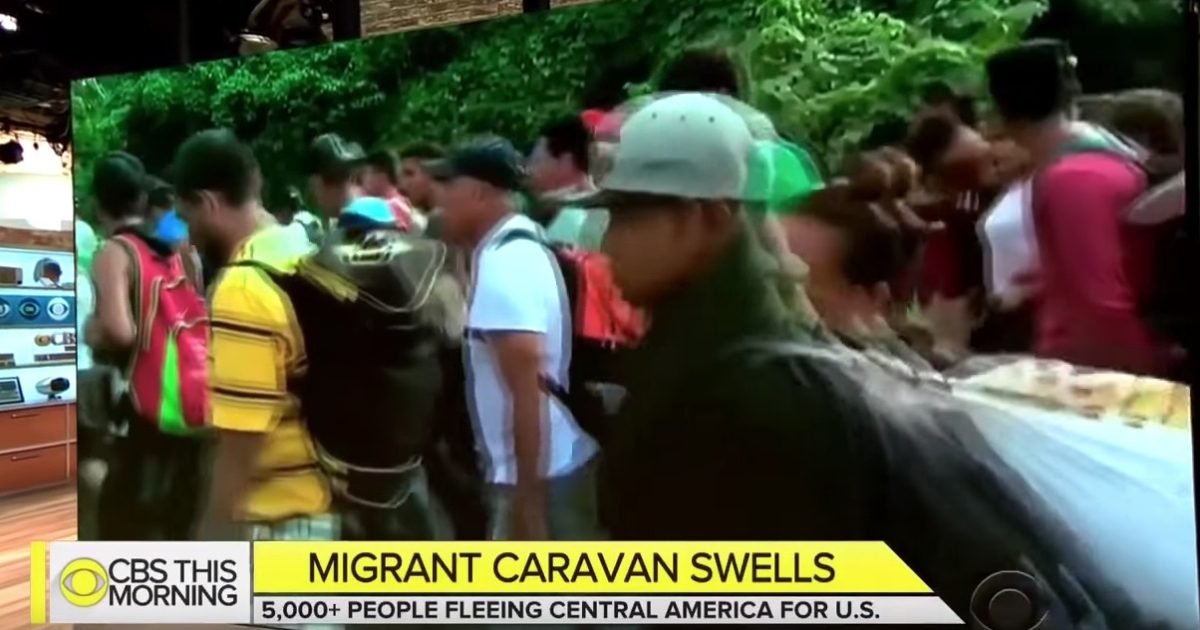 The crisis at the U.S.-Mexico southern border continues to spiral out of control as an unprecedented number of illegal migrants try to reach American soil.

Now, a caravan of nearly 1,000 Hondurans is en route to the United States.

“There are more than 800, almost a thousand,” a police official told AFP, with the Red Cross reporting the same number.

The caravan, which followed a call on social media, took the authorities by surprise after similar appeals since February failed to muster numbers.

According to U.S. Customs and Border Protection (CBP), there’s a substantial increase in the number of unaccompanied minors and family units at the southwest border, as well as “an increase in large groups of 100 or more people surrendering at once.”

The CBP also stressed the severity of overcrowding at processing and detention centers due to the massive influx of illegal migrants.

Central America isn’t the only place illegal migrants are coming from.

“People are traveling across hemispheres to attempt to illegally enter the U.S., using the same pathways as the Central Americans,” he said.

By ignoring the crisis at the U.S.-Mexico southern border and failing to legislatively address loopholes in immigration laws, Democrats are incentivizing more illegal border crossings.