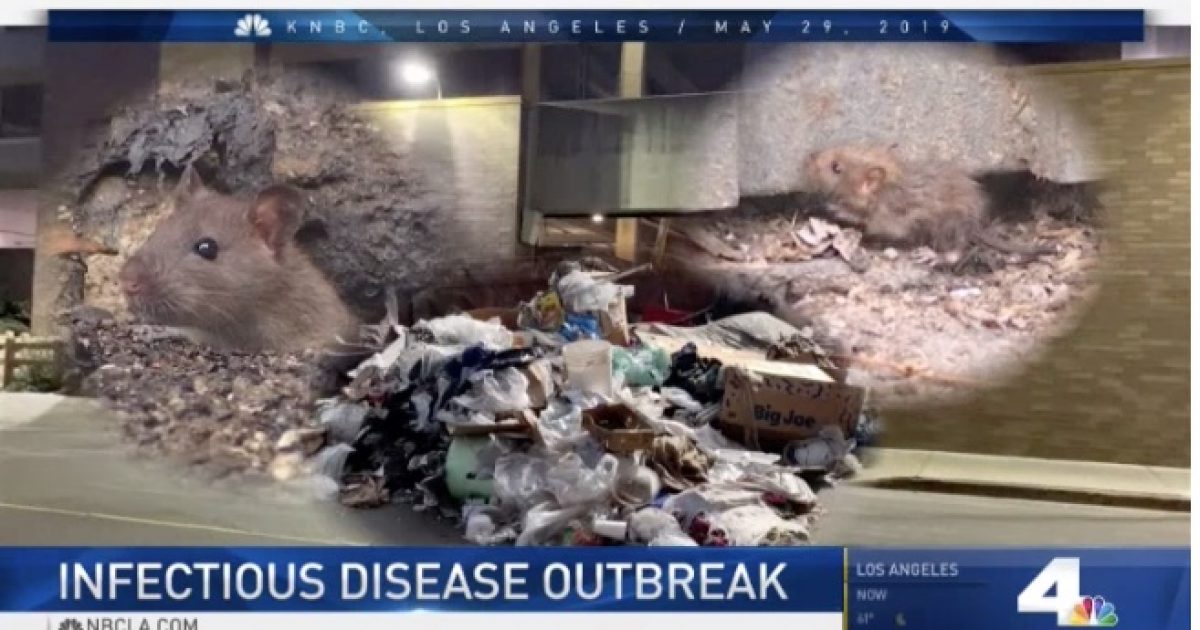 One Los Angeles police officer is being treated for typhoid fever and another officer is showing signs of a similar disease.

The two officers work in the Central Division of the Los Angeles Police Department.

According to a press release from the Los Angeles Police Department, “…an employee from our Central Division, who has contracted salmonella typhi and is currently being treated for the condition. A second employee has typhus-like symptoms but a specific diagnosis has not been determined.”

The press release acknowledges that its officers work in “adverse environments” that can lead to exposure to “various dangerous elements.”

The case of typhoid fever is heightening concerns of another infectious disease, typhus, that has generated local news coverage.

Typhoid fever is caused by a bacteria salmonella typhi which is different from typhus which is caused by two types of bacteria that infect humans through exposure to fleas.

The source of the typhus problem is linked to piles of garbage and rats on Los Angeles streets but the source of the infection at the Central Division is unknown at this point.

Previously, typhus in the area was restricted to the homeless population.

Last fall, an employee working at the Los Angeles City Hall developed typhus that was linked to rats carrying fleas and she filed a $5 million lawsuit in April.

Deputy City Atty. Elizabeth Greenwood said in her claim that Garcetti, City Atty. Mike Feuer and the City Council allowed garbage and human feces to accumulate on the streets outside City Hall East, “recklessly endangering the public” by allowing rats and fleas to thrive.

The growing typhus problem is being exacerbated because the city does not have an established program to get rid of rats.

LAPD Officers Diagnosed With Suspected Case of Typhus, Salmonella Typhi: Los Angeles has no formal rat abatement program. But, yay, we have the Olympics. https://t.co/pDVY4eJVtw via @nbcla

NBC4 reports there were 124 cases of typhus in Los Angeles County in 2018 based on information from the California Department of Public Health.

By failing to address the source of the growing typhus problem, the City of Los Angeles is exposing its citizens to a public health risk.