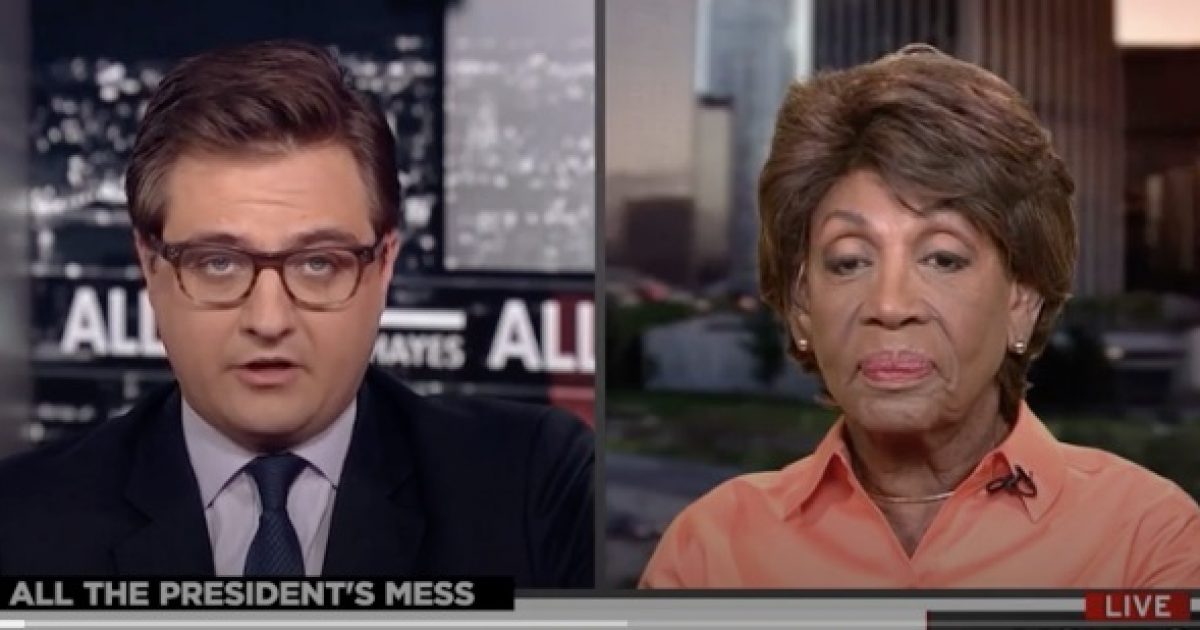 Waters, a regular guest on MSNBC, was asked about her House colleagues and President Trump’s comments of the progressive freshmen.

President Trump fired off a series of Tweets that dominated the news about Waters’ colleagues:

So interesting to see “Progressive” Democrat Congresswomen, who originally came from countries whose governments are a complete and total catastrophe, the worst, most corrupt and inept anywhere in the world (if they even have a functioning government at all), now loudly……

….it is done. These places need your help badly, you can’t leave fast enough. I’m sure that Nancy Pelosi would be very happy to quickly work out free travel arrangements!

Responding to MSNBC host Chris Hayes, Waters said, “Well, you know, some people were shocked that the president could be so outwardly racist.”

When @realDonaldTrump tells four American Congresswomen to go back to their countries, he reaffirms his plan to “Make America Great Again” has always been about making America white again.

Our diversity is our strength and our unity is our power. https://t.co/ODqqHneyES

A long-time advocate to impeach President Trump, Waters also said the president is “an unworthy person.”

“However, I, you, and others know that he has gotten worse. From the time that we first started to realize that he was identifying himself as an unworthy person, not worthy of the presidency, he has consistently gotten worse,” she argued.

Waters spends an inordinate amount of time criticizing President Trump instead of focusing on the needs of her California constituents.