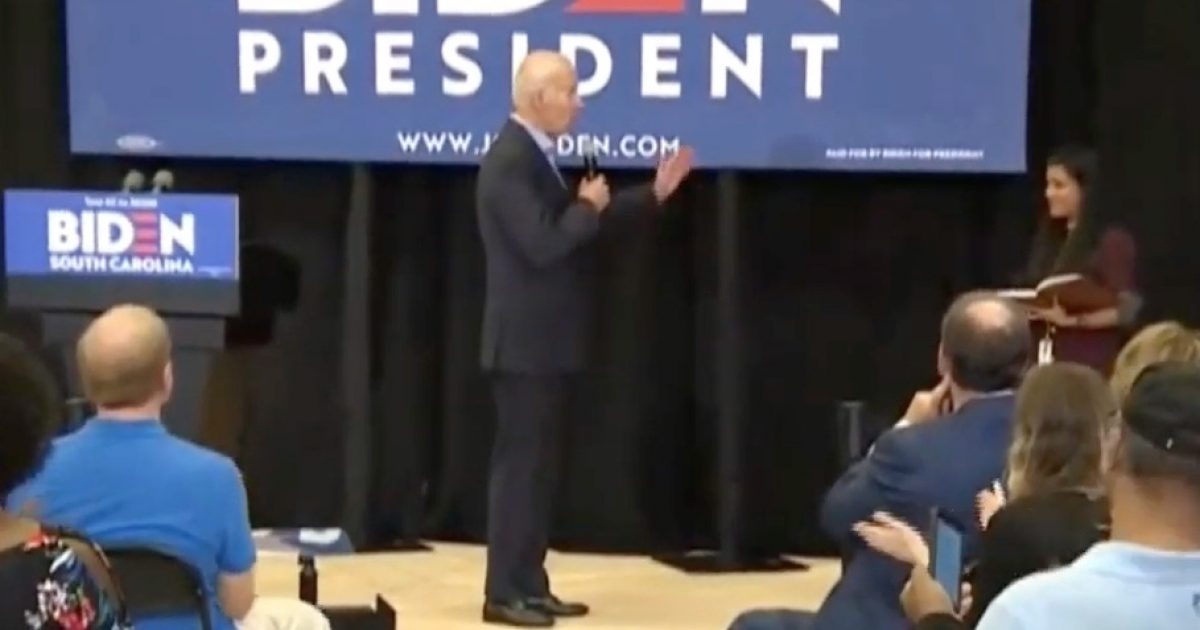 Democrat 2020 presidential candidate and former Vice President Joe Biden believes there’s no use for detention facilities along the southern border.

Biden, speaking at a South Carolina town hall this week, was asked about the detention centers and what he would do about them and responded, “Close them down! By the way, we don’t need them!”

During the event, Biden stressed that under his watch with former President Obama they had “things under control,” and under their process, “you have to report back for a hearing on such-and-such a date, people show up!”

A PJ Media story on Biden included a video of his comments on immigration.

However, Biden’s words couldn’t be further from the truth.

According to Acting Secretary of Homeland Security Kevin McAleenan’s congressional testimony in June, most asylum seekers are no-shows for their appointed hearing date.

Acting Secretary of Homeland Security Kevin McAleenan testified Tuesday that 90 percent of asylum-seekers tracked under a recently instituted program skipped the hearings in which their cases were to be adjudicated.

The PJ Media story used a different study that reported, “43 percent of undocumented immigrants skip their hearings after they are released from U.S. custody.”

While Biden detests the detention facilities, he conveniently omits the fact the facilities were opened while Obama was in office.

Biden isn’t the only Democratic presidential candidate willing to close down the detention facilities.

Both Senators Biden and Warren visited a Florida detention center and Tweeted:

Tomorrow I will be visiting the Homestead child detention center in Florida. Children are not criminals. They are not our enemies. We have got to end private detention centers that profit off of their suffering. pic.twitter.com/sHNMyRXg0v

I went to the Homestead, FL detention center this morning to shine a light on what’s happening. There’s no place in this country for operating private prisons that profit off of cruelty. Detention centers like the one in Homestead should be shut down. pic.twitter.com/ttv7ziHATs