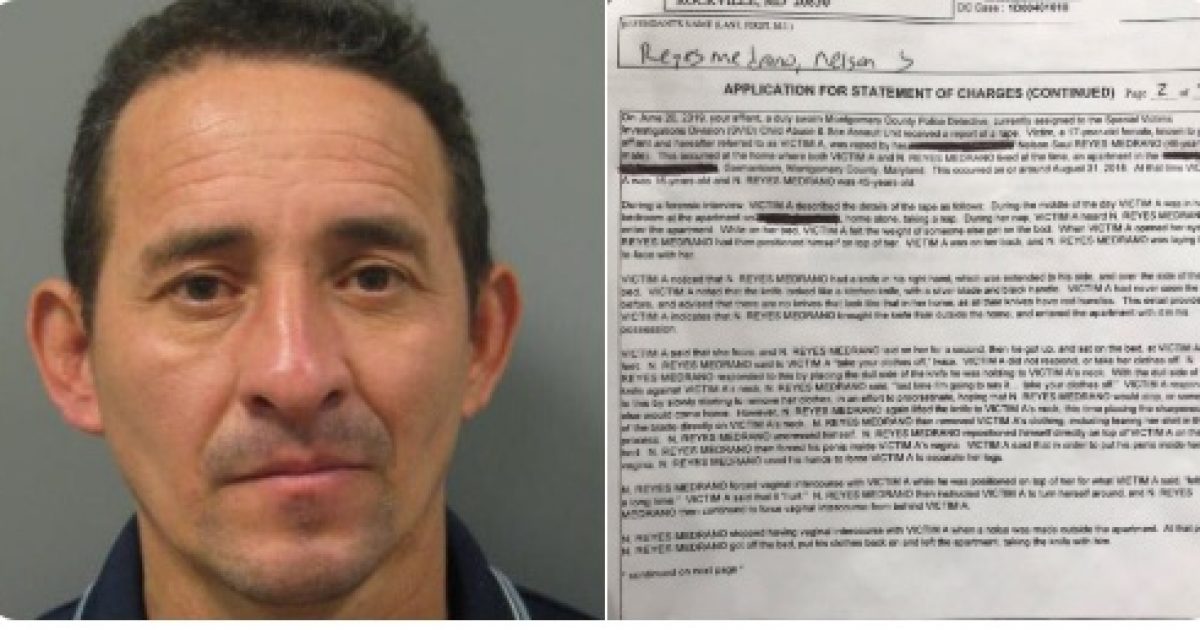 Over the course of a month, five illegal aliens were arrested on sexual assault charges in Montgomery County, Maryland.

The fifth arrest this month is the father of ten, 46-year-old El Salvadorian national Nelson Reyes-Medrano, who was charged recently with raping a 16-year-old Maryland girl.

Nelson Reyes-Medrano, 46, was charged and arrested for rape earlier this month following allegations that he crawled into the bed of a 16-year-old girl and raped her at knifepoint, according to a police report.

NEW: Nelson Reyes-Medrano is accused of crawling into bed with a 16yo Germantown, Md. girl as she napped. The 46yo proceeded to rape the teen at knifepoint, police say.

This is the fifth undocumented immigrant arrested on rape charges in Montgomery County, Md. in the last month. pic.twitter.com/l4YXwSPFLI

Although a detainer has been placed on Reyes-Medrano, Maryland County agencies are prohibited from cooperating with ICE agents, including inquiring about residency status.

That’s because Montgomery County is a sanctuary county.

ICE agents must obtain custody of illegal aliens in unsecured areas, jeopardizing their safety and the safety of those around them during the process.