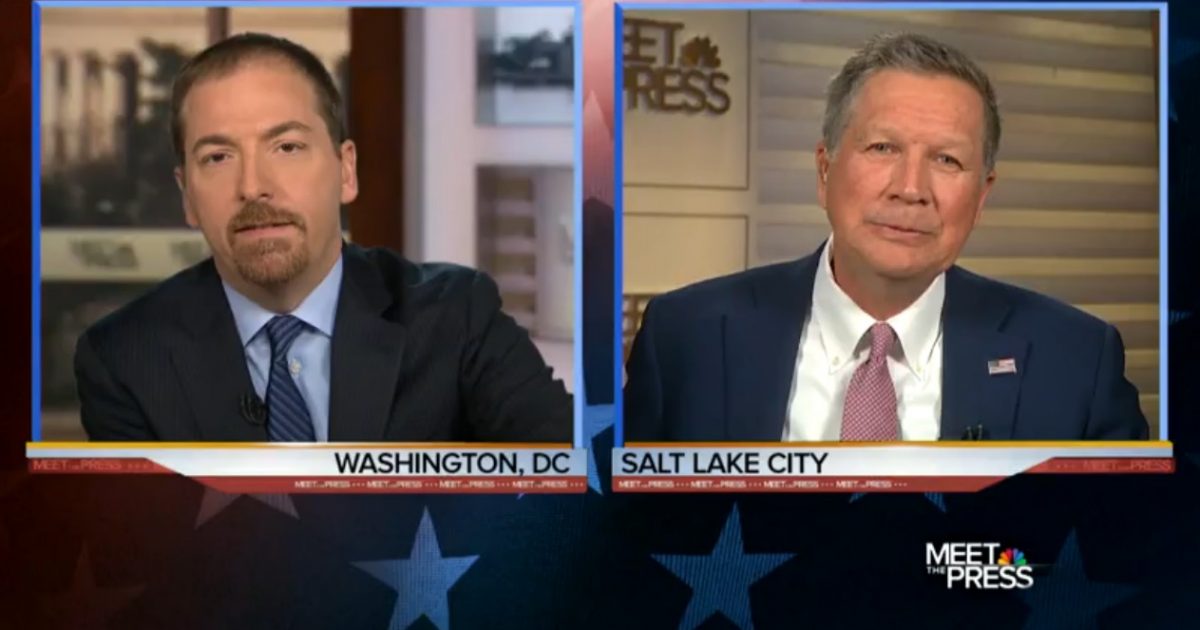 Hat’s off to Governor [score]John Kasich[/score] for winning in Ohio. His was a solid victory and a credit to his service to the people of the buckeye state.

That said, Ohio remains Governor Kasich’s one and only victory. The Governor has also made it clear that he doesn’t see himself able to garner the needed 1,267 delegates to secure the nomination, and is hoping for a contested convention to propel him to victory.

On that note, perhaps Kasich isn’t the best person to be suggesting that one of the other two remaining candidates (who’s won eight times as many states as he has and is on track to win more) should drop out of the race?

Republican presidential candidate John Kasich appeared on NBC’s “Meet the Press” Sunday. During the interview, Kasich suggested to host Chuck Todd that rival Ted Cruz should drop out of the GOP race.

“Maybe Ted ought to get out because he can’t win in the fall,” the Ohio governor said.

“Maybe these people that are hot on that ought to tell him to do it. You know, they tried to tell me to get out of the race how many times, Chuck?” he asked Todd. “And now they should be thanking me for staying in because if Trump did win Ohio it would have been over.”

“If you thought your candidacy were helping Donald Trump, not hurting him, would you get out?” Todd asked.

“Chuck, I’m running for president — this isn’t a parlor game of who gets this and who gets that,” Kasich responded.

Todd challenged Kasich’s claims, saying that by recognizing a convention as his only path to the presidency, the Ohio governor is engaging in “the ultimate parlor game.”

Kasich proceded to compare his decision to stay in the race to former president Ronald Reagan, mentioning the speech Reagan gave at the 1976 Republican National Convention:

“I was there in ’76 when Reagan challenged the sitting president,” Kasich said. “They didn’t like him doing it either, but you know, his vision and his message mattered.”

Watch the full interview below:

What do you think? Is Kasich right? Is his hope for a contested convention Reaganesque? Let us know in the comments below!