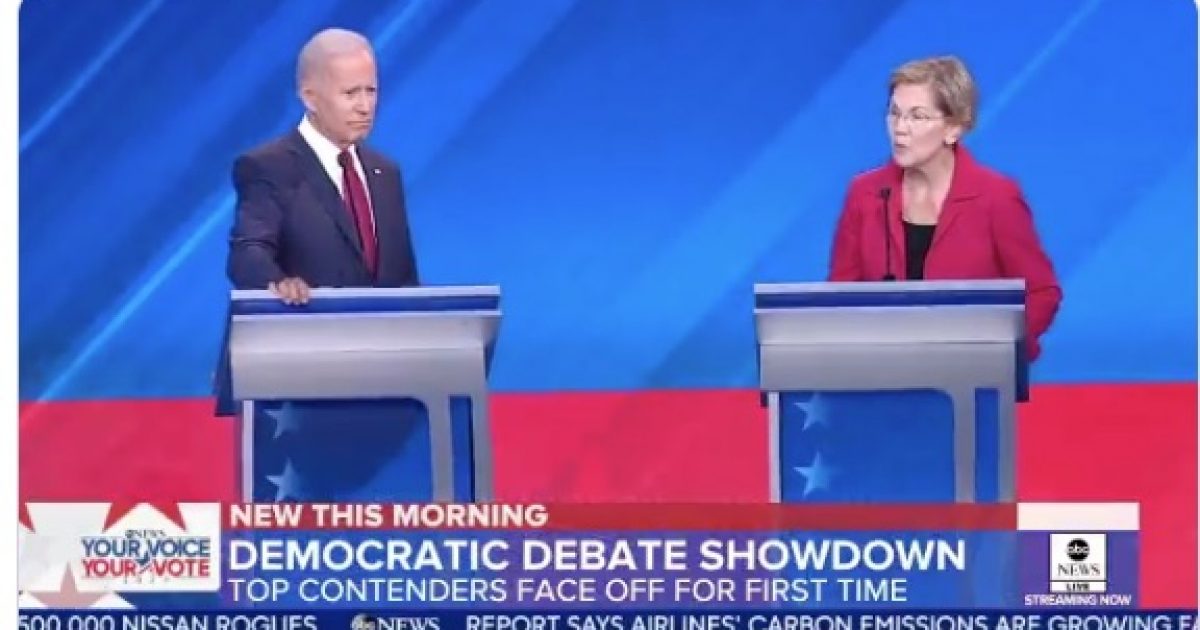 10 Democrats faced off in a debate in Houston, Texas in an effort to win the Democrat party’s nomination and the right to challenge President Trump in the 2020 election.

The three top candidates spared over health care with Biden promoting his plan that is far less costly than the Medicare for All plans being supported by Sanders and Warren.

Top contenders face off for the first time at the #DemDebate. @marykbruce reports. https://t.co/2g7gQWLrVE pic.twitter.com/zidTwENs4o

Casto aggressively challenged Biden’s health care plan which including a comment that the former vice president forgot a prior statement which was considered a direct attack on Biden’s age.

Julián Castro goes after Joe Biden on health care: "I'm fulfilling the legacy of Barack Obama, and you're not."

"That'll be a surprise to him," Biden responds. https://t.co/INdRXlIwFs #DemDebate pic.twitter.com/irXrw34EEs

This is an important distinction in the debate over health care. pic.twitter.com/WMiLYimT99

Other highlights of the debate included former Texas Representative Beto O’Rourke promoting his plan to take away certain types of guns.

Sanders called for the cancellation of student debt and free college.

Bernie Sanders: "We are going to cancel all student debt in this country and we are going to do that by imposing a tax on Wall Street." https://t.co/INdRXlIwFs #DemDebate pic.twitter.com/vRQKfgpOsC

Democrats in the debate showed they are eager to make the government much bigger which will reduce individual liberty for all Americans.