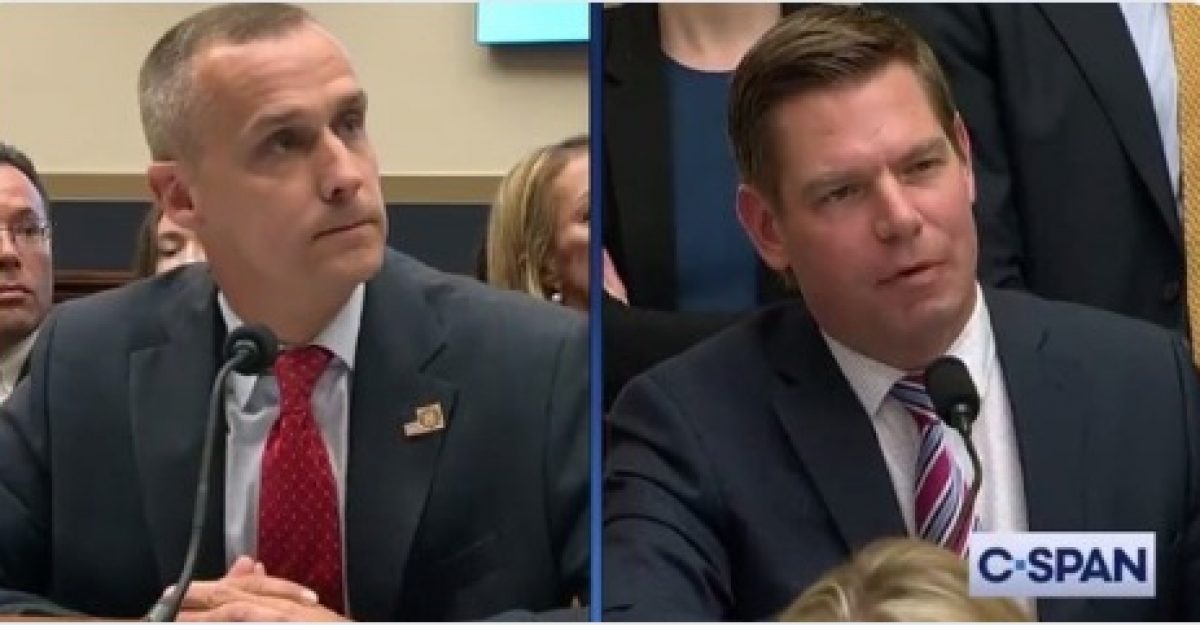 Impeachment is on the agenda of Democrats.

House Democrats launched an impeachment inquiry of President Trump by calling his former campaign head and advisor Corey Lewandowski to testify about Democrats concerns the president obstructed justice regarding the Russia collusion investigation.

The Lewandowski hearing did not go as Democrats planned and now they are considering holding him in contempt of Congress.

Rep. Jackie Speier says Corey Lewandowski should be held in contempt of Congress and fined for refusing to answer questions during the House Judiciary Committee’s first hearing on possible impeachment. “He intended to obstruct justice once again.” https://t.co/EAAIaU1FJf pic.twitter.com/NP1zbaiOrF

One exchange between Lewandowski and California Representative Eric Swalwell got a lot of media attention.

Epic exchange between #Lewandowski and #Swalwell:

‘It’s a big safe, lots of guns in there’https://t.co/4sMGtgfnCf

Politico is reporting Speaker Nancy Pelosi (D-CA) feels the Judiciary Committee should have held Lewandowski in contempt “then and there.”

In fact, House Judiciary Chairman Jerry Nadler (D-NY) threatened Lewandowski with contempt but he did not follow through at the hearing.

Mr. Lewandowski showed the American public in real time that the Trump Administration will do anything and everything in it's power to obstruct the work of the Congress. Make no mistake, we will hold President Trump accountable. pic.twitter.com/Trk9FnVRcV

The hearing went so badly for Democrats, they were criticized on CNN.

Democrats were most certainly embarrassed by the hearing and their failed attempt to score political points by making Lewandowski and President Trump look bad.

If Democrats hold Lewandowski in contempt of Congress it will backfire as well.

Democrats obsession with President Trump shows politics and not enhancing the lives of Americans is their real agenda.