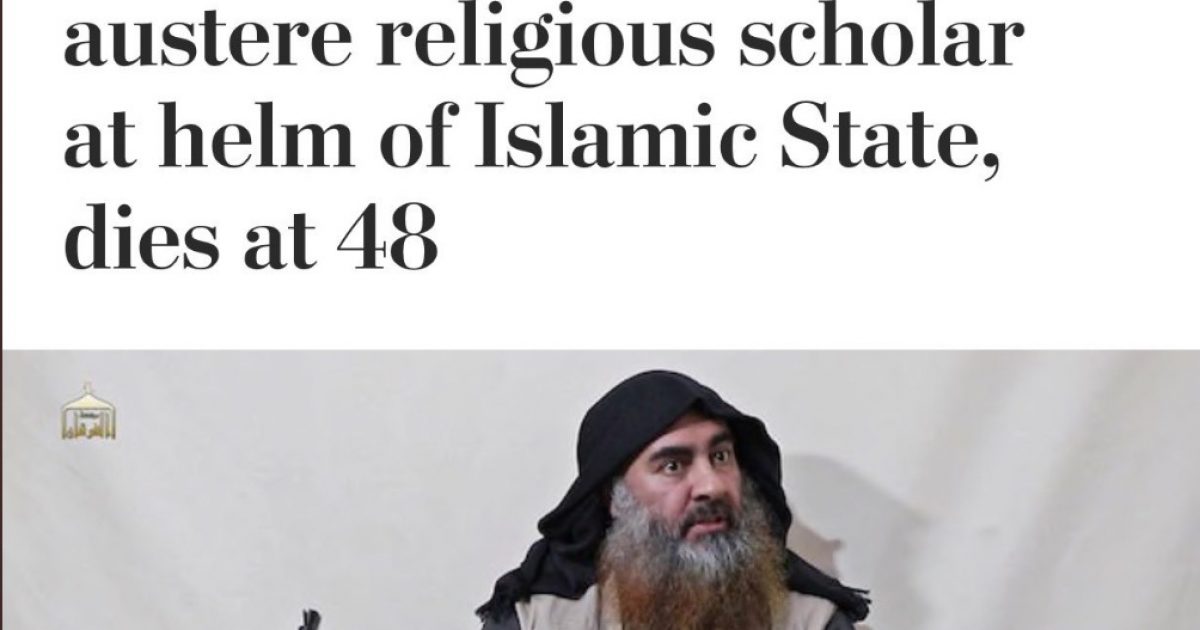 President Trump announced ISIS leader al-Baghdadi was killed in a special forces raid over the weekend in Syria.

Thank you to the service members, military leaders, and agency officials who were critical to the success of this mission. pic.twitter.com/Az8DYZDqtW

Following the president’s announcement, The Washington Post struggled with the obituary headline.

The initial headline and revised headline was exposed on Twitter.

The Washington Post has now changed its description of ISIS founder Abu Bakr al-Baghdadi from “Terrorist in Chief” to “Austere Religious Scholar” to “Extremist Leader” pic.twitter.com/h899LvZVLX

Democrats were not happy that they were informed about the raid after the fact.

Speaker Nancy Pelosi (D-CA) issued a statement congratulating the military but expressed disappointment that Russia was aware of the raid but House members were not.

The House must be briefed on this raid, which the Russians but not top Congressional Leadership were notified of in advance, and on the Administration’s overall strategy in the region.

Instead of celebrating the death of a brutal terrorist, Democrats and the anti-Trump media will find a way to politicize the raid by criticizing President Trump.