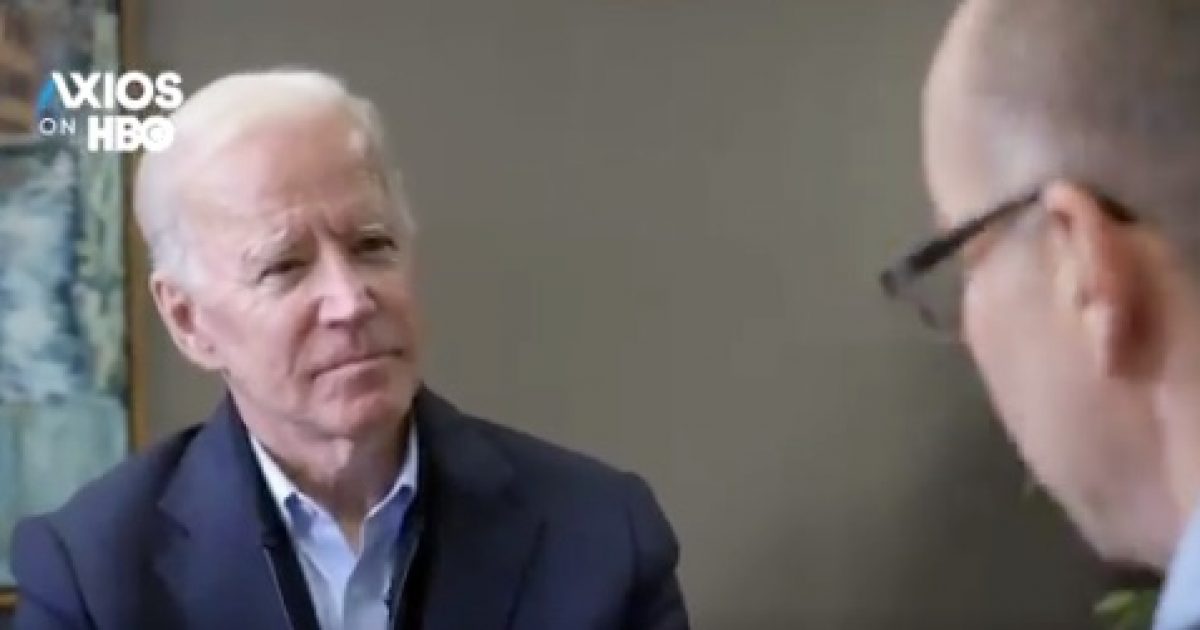 Former vice president and 2020 presidential candidate Joe Biden showed his cantankerous side again and this time he snapped at a reporter.

Biden sat down with Mike Allen on “Axios on HBO” and made it clear he didn’t like the questions asked about his son Hunter’s role while serving on the board of directors of the Ukrainian gas company Burisma.

At first, Biden told Allen referring to Hunter “I don’t know what he was doing,” but as Allen pressed with follow up questions, Biden clearly wasn’t happy, saying, “come on!”

.@JoeBiden on his son Hunter's work in Ukraine: "I don't know what he was doing."@mikeallen: "Well you've had a lot of time. Isn't this something you want to get to the bottom of?"

Biden’s testy streak was on full display last week when he had an angry and emotional exchange with a voter in Iowa over similar questions asked about his son Hunter.

In August, while talking with reporters in New Hampshire, Biden responded to a comment on whether voters were concerned about his age and said, “I say if they’re concerned, don’t vote for me.”

The possibility of Hunter or the former vice president being called before the Senate to testify if the impeachment of President Trump passes in the House of Representatives is a big concern for Biden.

Questions surrounding Hunter’s involvement with a Ukrainian company will continue to plague Biden and it’s surprising his campaign hasn’t fully prepared him on how to respond.