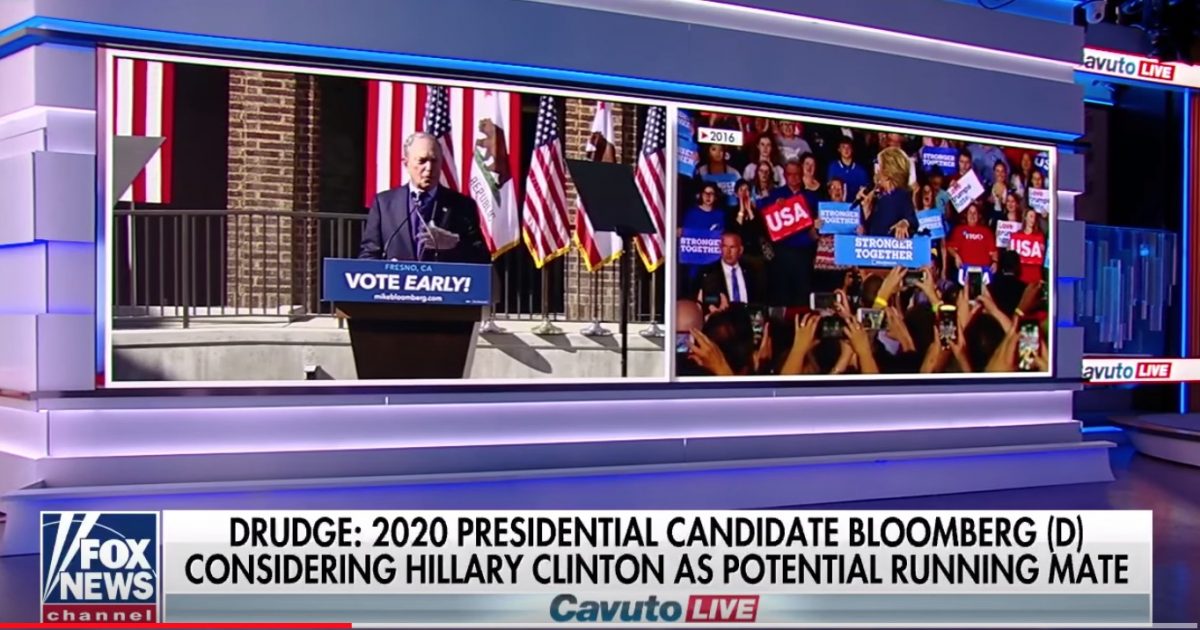 The news is based on a source in the Bloomberg campaign that spoke with the Drudge Report.

According to Drudge Report, the source said, “Polling found the Bloomberg-Clinton combination would be a formidable force to take on Trump in the race for the White House.”

Bloomberg is also reaching out to the black community.

For too long, Black Americans have been kept from fully participating in the economy.

As mayor, I fought to change the status quo for Black NYers by addressing areas such as education, health care & incarceration.

As president, I'll continue to fight for all of Black America. pic.twitter.com/Dy5SwE8aLw

Meanwhile, Bloomberg and President Trump went after each other on Twitter.

Bloomberg picking Clinton is part of the Democrat establishment trying to head off Senator Bernie Sanders (I-VT) to take on President Trump in November.

Think of this scenario as the Democrat establishment strikes back.