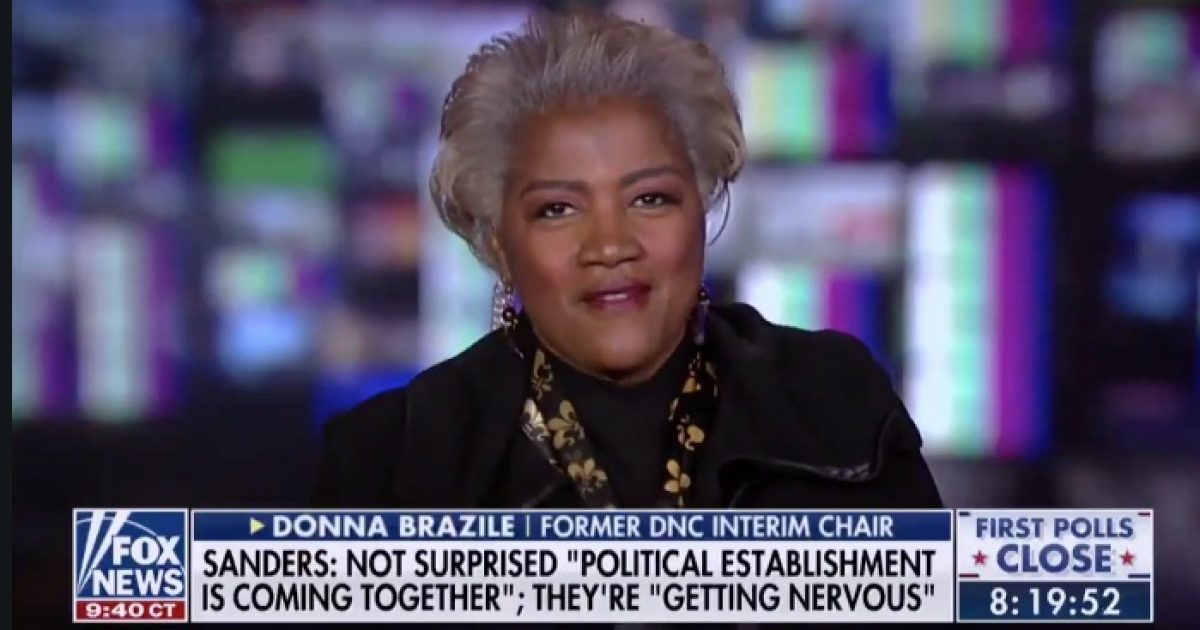 Brazile was commenting on a video clip of McDaniel who discussed the possibility of a Democrat brokered convention, saying, “So Ronna, go to hell! This is not about — go to Hell! I’m tired of it.”

The former chair of the DNC Donna Brazile just told @GOPChairwoman
to "Go to hell!"

THE LEFT IS COMPLETELY UNHINGED.

This is not the first time Brazile verbally attacked political opponents on TV.

She called Stone an SOB and hoped he “roasts in hell.”

Brazile was once a CNN contributor but she lost that job after it was discovered she gave Hillary Clinton’s campaign a debate question before a 2016 CNN debate with Senator Bernie Sanders (I-Vt).

In an interview with former Fox News host Megyn Kelly, Brazile denied she gave the Clinton campaign inside information.

Brazile is a Democrat operative who will do and say anything to get establishment Democrats elected.