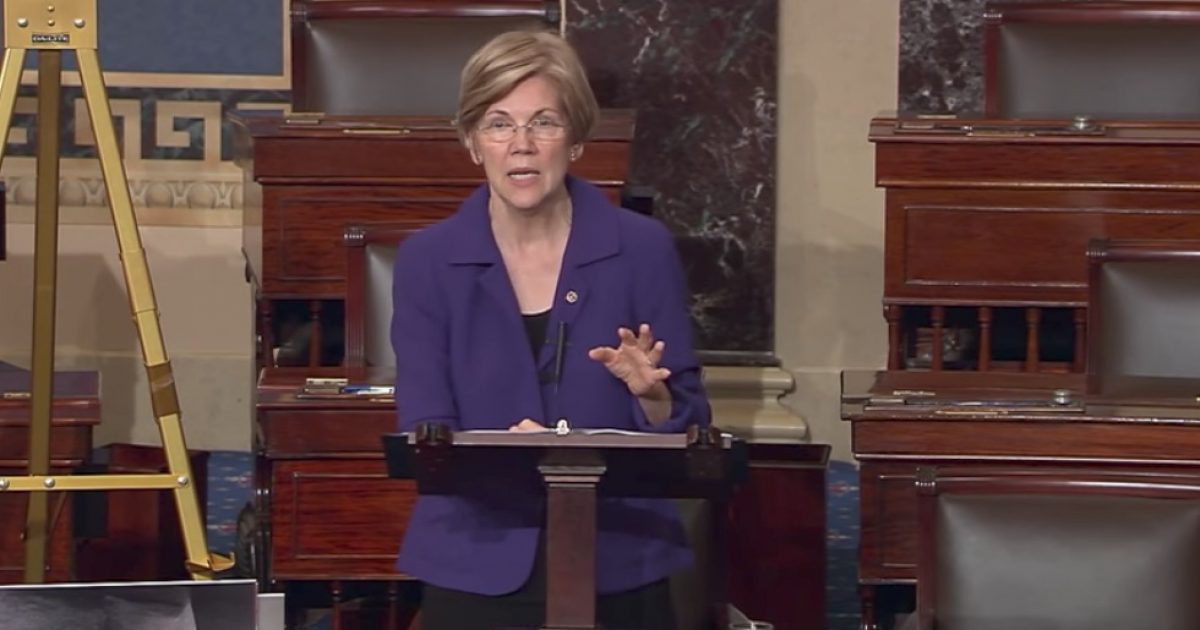 Liberal hypocrisy at its best was caught on video.

Known for bashing well-off Americans, Senator Elizabeth Warren (D-MA) was confronted about her 1 percent status and wasn’t happy about it.

“You often say, and I agree with you, that the 99 percent are getting shafted by the 1 percent,” Kuhner told Warren as she shook her head in agreement. “Let me ask you this. A lot of people, especially my listeners, say you live in Cambridge. You have a $2 million mansion, plus you’re a multi-millionaire yourself. So how can you rail against the 1 percent, when you are and live like the 1 percent?”

“I wasn’t born in Cambridge,” Warren said, “I was born into a family where my daddy worked one job after another and ended up as a janitor.”

“But you are part of the 1 percent?” the radio host persisted. “You are a multi-millionaire and have a mansion in Cambridge, do you not? It’s worth north of $2 million.”

“I had opportunities because America invested in kids like me,” Warren said. “And that’s the reason I’m in public office, so I can make sure the next kid …”

Kuhner cut Warren off and asked if she was being hypocritical resulting in Warren’s handler whisking her off.

Liberal’s rhetoric on class warfare suits their political agenda to excite their base and divide Americans until they are exposed as hypocrites.