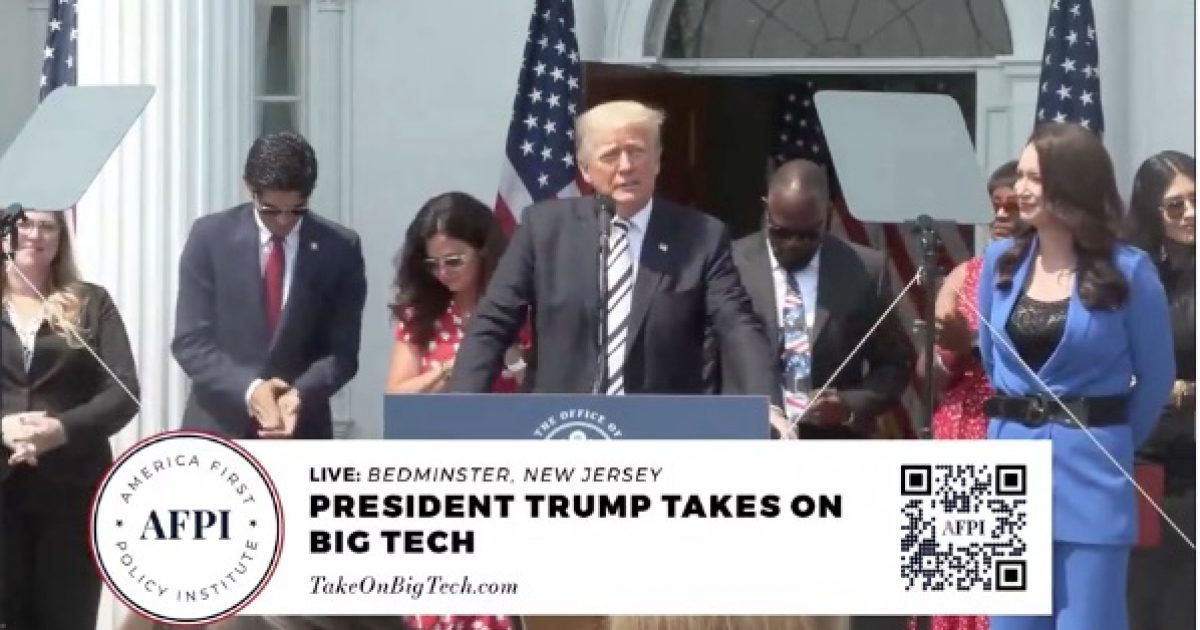 Former President Trump announced he is leading a class-action lawsuit against the Silicon Valley tech giants.

In a press conference from his Bedminster, New Jersey golf club, Trump was joined by America First Policy Institute, a nonprofit organization, to announce he was the lead plaintiff initiating a class-action lawsuit against Google, Facebook and Twitter.

The lawsuit was filed in the Southern District of Florida.

Trump said, “We’re asking the US District Court for the Southern District of Florida to order an immediate halt to stop social media companies’ illegal and shameful censorship of the American people. That’s exactly what they’re doing.”

Following the press conference, Trump did an interview with Newsmax TV.

"It's not about me, but I'm the ultimate example."

The America First Policy Institute issued a statement on the lawsuit and encouraged Americans to provide their stories about tech censorship via a website.

Every American can share their personal stories of Big Tech censorship or sign up for updates on these historic efforts to protect their First Amendment freedoms at TakeOnBigTech.com.

"If you act like a publisher, you should not have the liability protection that [Section] 230 provides."

If I were on the receiving end of this obviously bogus lawsuit, I’d yawn. Then yawn again. https://t.co/fKQVNXUhgm

It’s fantastic former President Trump is taking the lead to challenge the abuse of power engaged by the Silicon Valley tech giants.

Google, Facebook, and Twitter have far too much power and they need to be held accountable for censoring Trump and other Americans.