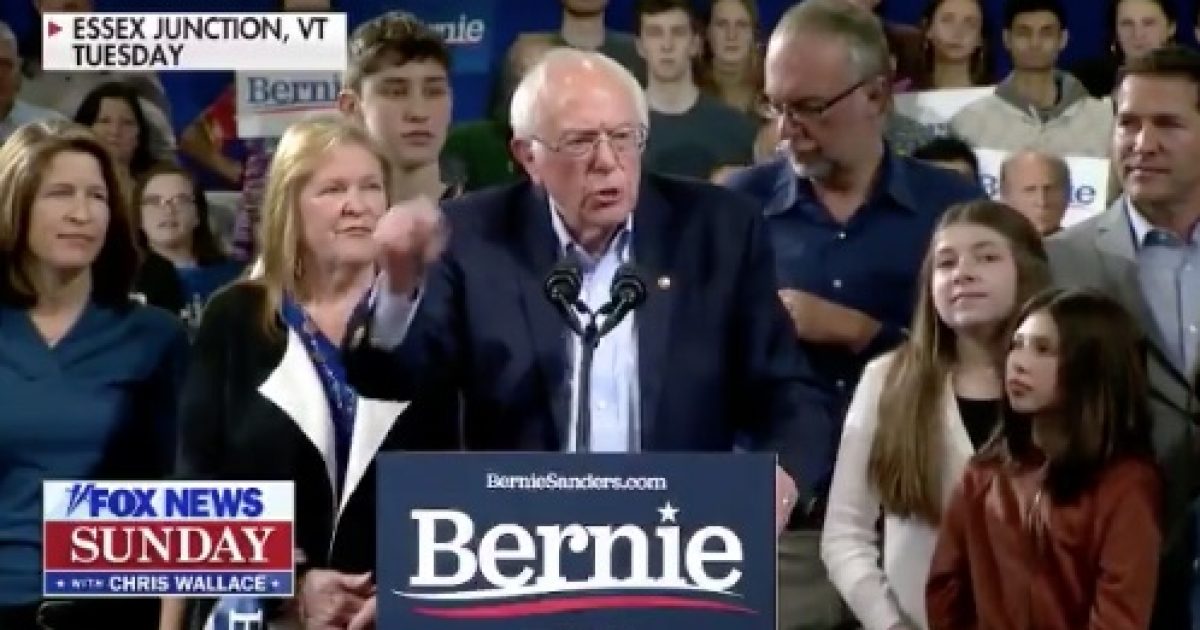 It’s down to two Democrat candidates dueling over the opportunity to face President Trump in this year’s presidential race.

Sanders focused his criticism on Biden’s past support of trade deals and for backing the Iraq war.

Sanders’ focus on trade was designed to influence Democrat voters in Michigan – a big primary state race on Tuesday.

Host Chris Wallace asked Sanders if he will drop out this week if he loses the Michigan primary to Biden.

Sanders touted his support with young and Latino voters and added he will not drop out of the race.

Bernie Sanders says on FOX News Sunday he will not drop out of the 2020 presidential race even if he loses Michigan, the first industrial Midwest state to vote. #FNS pic.twitter.com/cj1ILIcfbu

Bernie Sanders has faced criticism for praising certain aspects of the Castro regime. A political prisoner in Cuba said Sanders in 2014 praised the country in front of him. Watch Bernie respond. #FNS #FoxNews pic.twitter.com/qNtOikvCSt

Meanwhile, Biden continues to stumble on the campaign trail.

Biden is clearly losing his mind.

This is kind of sad to watch.

He can’t even remember Obama’s name.

Where’s his wife?! If anyone cared about him, they’d put an end to this. pic.twitter.com/1cFmZ36J9D

All of this puts President Trump in great shape for a big win in November.