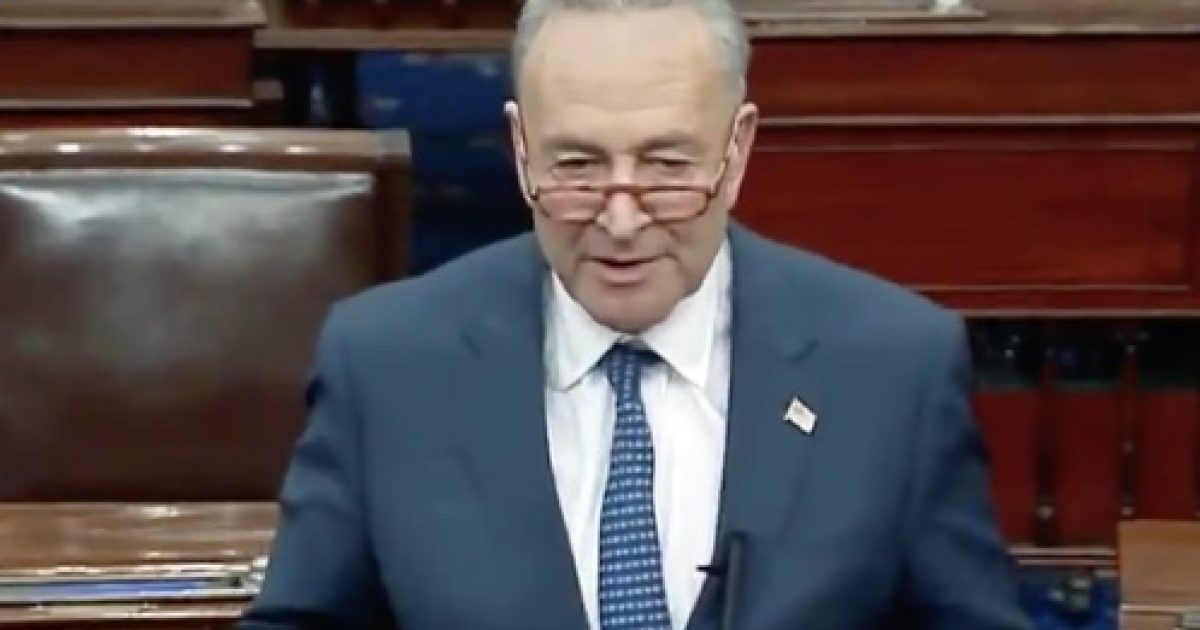 As the China coronavirus pandemic accelerates across the nation, Congress is working on a massive stimulus relief bill to help people deal with the economic consequences of businesses forced to close.

I just spoke in the Senate about how we’re making progress on a bill.

The McConnell-GOP bill includes huge bailouts without protections for people and workers and without accountability.

It has shortfalls of money for our hospitals & medical workers.

This needs to be changed. pic.twitter.com/7ggVKrwV6l

The American people expect us to act. If we fail, it will be because Senate Democrats are continuing to dither while the country expects bold, bipartisan action. pic.twitter.com/23pFHoDtCl

This is a national emergency. Not a partisan opportunity.

President Trump called the New York Times out saying they changed the headline “to satisfy the Radical Left.”

The New York Times changed headlines 3 times in order to satisfy the Radical Left. What should have been a good story got “worse & worse”, until the headline alone made it very unfair. Fake & Corrupt News that is very dangerous for our Country!

The impact of the coronavirus hit close to home in the U.S. Senate.

Senator Rand Paul (R-KY) was the first Senator to test positive for the coronavirus but is asymptomatic at this point.

Paul is in a higher risk category since part of his lung was removed following an assault by his neighbor.

Senator Rand Paul has tested positive for COVID-19. He is feeling fine and is in quarantine. He is asymptomatic and was tested out of an abundance of caution due to his extensive travel and events. He was not aware of any direct contact with any infected person.

Democrats are playing politics at the worst possible time.

Senators are still negotiating over the stimulus relief bill and another vote is expected today.