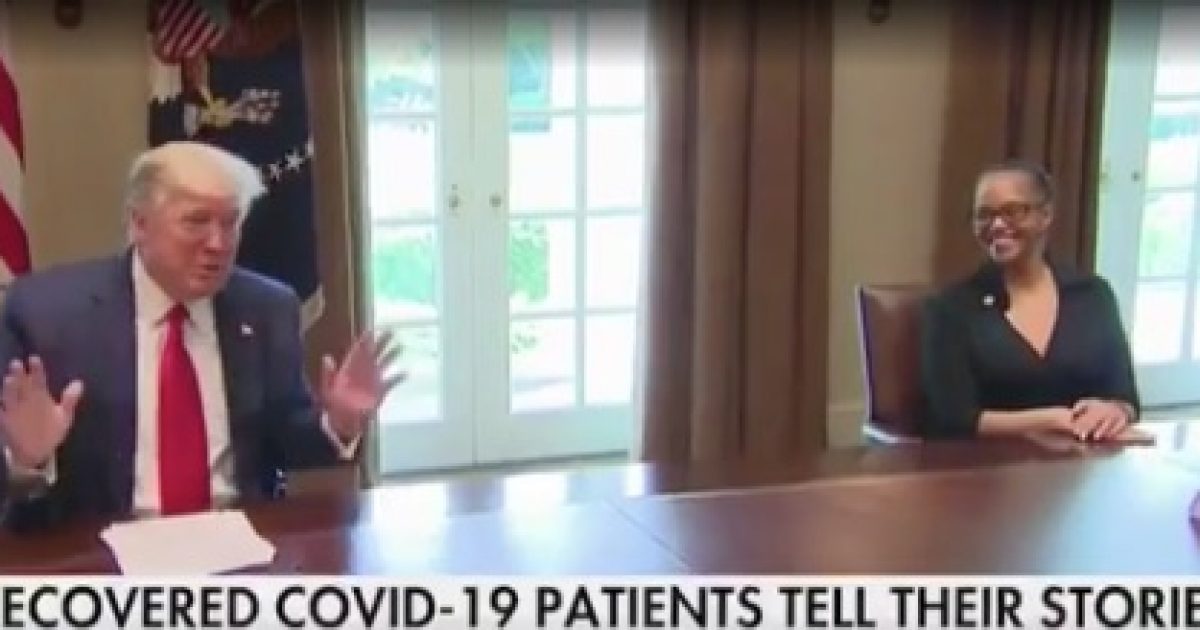 Democrats will attack fellow party members if they dare to say anything positive about President Trump.

No ambiguity or difference of opinion is tolerated whatsoever.

A case in point is the debate over the use of the drug hydroxychloroquine to treat patients diagnosed with the coronavirus.

Hydroxychloroquine is used to combat malaria and rheumatoid conditions and is currently undergoing a clinical trial to determine the drug’s performance and safety for coronavirus patients.

President Trump had supported the use of hydroxychloroquine.

Not surprising, there’s pushback from Democrats against President Trump’s support of the drug and anyone agreeing with him including fellow Democrats.

Democrats are so obsessed with their liberal narrative that even one’s health is fair game.

State Representative Karen Whitsett (D-MI) contracted the coronavirus, was prescribed hydroxychloroquine, and recovered from her illness.

Whitsett met with President Trump at the White House, telling him she thought she “was going to die” and gave credit to the president for supporting the drug that saved her life.

In the Democrat playbook, meeting with President Trump and giving him credit for anything are huge no-no’s.

Now, Whitsett is facing censure by Detroit Democrats who “plan to vote to censure and bar any future endorsements.”

The group, as first reported by Gongwer News Service, plans to vote Saturday via Zoom on a resolution to censure Whitsett, a first-term lawmaker representing the 9th Michigan House District.

Whitsett garnered support from President Trump and others on social media.

I never thought I’d live to see the day that people are pissed a woman who was dying of Covid-19 took Hydroxycloroquine—-lived and is now sharing her story and the “Never Trumpers” are coming for her throat. But here we are…

This party IS the enemy of the people

Jones announced he would be supporting President Trump in November because “I didn’t leave the Democratic Party. The Party left me.”

I’m a Georgia State Representative and lifelong Democrat. But in this election, I’ll be casting my vote for @realdonaldtrump.

Jones was supported and criticized for backing President Trump.

This man is brave.

If only more African Americans would take a little time to listen & observe, the Democrats have invested more in racial angst than sound policy. They have invested crumbs while their Reps. have amassed wealth both at home and overseas.

Following the critical backlash, Jones announced his resignation but then retracted it saying he “will not allow the Democrats to bully me into submission.”

Yesterday, I announced my intentions to resign from my office. But shortly thereafter, the outpour of support I received was too great for me to ignore.

I will not allow the Democrats to bully me into submission. I will not let them win.

I will NOT resign. #MAGA pic.twitter.com/gR2MsU5Rb3

Don’t expect Al Sharpton to parachute in to defend Whitsett and Jones because he only cares about loyal black liberals.

Democrats will eat their own if they stray from the strict Democrat orthodoxy.

The lesson here is Democrats will circle the wagons to only protect like-minded Democrats and if anyone dares to cross their liberal ideology be prepared to be shunned.