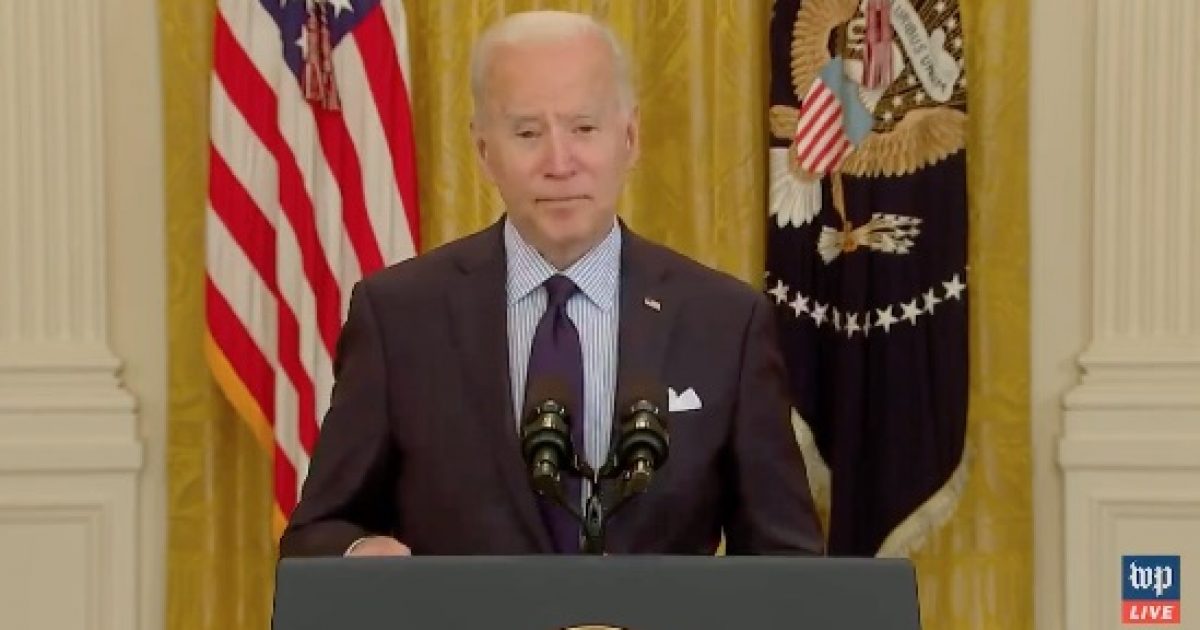 Economists estimated a million new jobs would be added in April and forecasted unemployment at 5.8 percent.

However, only 266,000 jobs were added and unemployment ticked up to 6.1 percent.

April’s job numbers were so bad that CNBC’s Steve Liesman thought they were incorrect.

The April jobs report was so bad @CNBC had to double check the number to make sure they read it correctly. pic.twitter.com/I7AHf1jUP2

Fox Business' Cheryl Casone on the April jobs report: “Big miss…these are not the numbers we were expecting whatsoever." pic.twitter.com/UglLQorsQX

Biden is squandering the recovery he inherited. pic.twitter.com/l1HbEvdP9k

Today marks the beginning of the Biden Economy. Welcome back to economic mediocrity.

But at least his Tweets aren't mean, right?

The Biden administration is spending trillions, raising taxes, bringing back earmarks, bringing back regulations, shutting down gas production, has illegals pouring in – and paying people to not work.

And for the life of them – they can’t understand why the job report sucks.

That’s not a recipe for economic recovery.

Businesses are struggling to find employees and blame the Biden administration’s enhanced unemployment benefits, which in some instances pay individuals more than minimum wage jobs would.

And business owners, especially in the retail and travel industries, have said they’re struggling to recruit new workers. Some economists and companies have blamed pandemic-boosted government stimulus for making it more attractive to remain on public benefits than a private payroll.

A restaurant owner says he is having trouble finding people to work and that there’s “a conflict of interest” over what people are receiving in unemployment benefits.

President Biden was asked if Americans are incentivized from returning to the workforce.

REPORTER: Do you believe enhanced unemployment benefits disincentivized people from getting back to work?

Predictions for the April jobs report were well below expectations and under President Biden, the enhanced unemployment benefits are a contributing factor.

When the government pays you more not to work, they are providing a financial incentive for individuals not to seek employment.